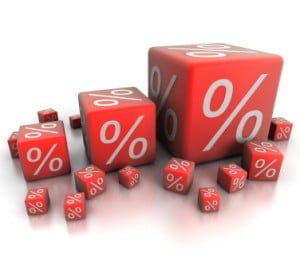 The introduction of self-regulation for third-party litigation funding may not be sustainable in the long term, a team of leading academics has warned.

They also highlighted the risks that contingency fees pose in the new world of litigation funding, and suggested that lawyers should not be allowed to fund cases themselves if third-party funding (TPF) is available.

The in-depth study into TPF highlighted the importance of “effective regulation” to ensure clients have control in funded disputes.

While it indicated that the current self-regulatory regime for TPF in England and Wales is sufficient at the moment, full regulation may become essential if individual consumers start to access funds, rather than just businesses as now, or if funders with different models enter the market.

It said: “A voluntary scheme does not fully address the requirements of the developing market and any potential harm caused by the emergence of new funders who may develop new litigation funding products and alternative business models that fall outside the scope of the code.

“A voluntary code is also inadequate to deal with rogue funders and lacks sufficient penalties for bad practice… The experience of the claims management company industry indicates that there is scope for abuse in a litigation system that might otherwise appear robust but which develops and mutates as it grows.”

Nonetheless, the report suggested that TPF may be preferable to lawyers funding disputes through contingency fees because of the lower risks of conflict of interest.

Contingency fees – known as damages-based agreements (DBAs) – are being introduced in the Legal Aid, Sentencing and

It said: “Where the roles of adviser and funder are fused, it is easy to see the potential for conflicts of interest to arise between the two functions, such as over how much work to invest or when and how much to settle for.”

This appears to be accepted in the US, but the research pointed to American findings that because US lawyers maintain a portfolio of cases, incentives to act inappropriately in any one case are lessened. This is unlikely to be the case in England and Wales, where DBAs will just be one source of funding litigation.

It acknowledged that lawyers will argue that having a stake in a case does not in practice suborn their behaviour, as witnessed by the history of conditional fee agreements, but questioned whether there was enough evidence to say this.

“This suggests that private litigation funding, if it is subject to adequate constraints, is theoretically preferable to lawyers’ funding. It also raises the issue of whether lawyers’ funding should be prohibited – in some situations or totally – if private funding is available.

“There should be further independent review of whether conflicts are of concern in particular types of cases, such as where there are large fees at stake, in large commercial of collective actions. Is the ethical regime within the legal profession in England and Wales strong enough to withstand the conflicts that are likely to arise?”

Professor Hodges said: “A third party funder should be kept at arm’s length in the litigation process. For instance, funders should not determine the terms of a settlement. There is the danger that funders might opt for a lower settlement than the client might want in order to resolve a case quickly. Similarly, we do not want to see a situation where the third party funder and a lawyer’s firm are in collusion against their client’s best interests.

“This does not appear to have happened yet in the UK, but we want to ensure that any risk of it happening in the future is removed. Clients need more legal protection as otherwise there is potential for third-party funders to control claimants’ cases for their own advantage.”

The research said it appeared that TPF has helped access to justice for SMEs and that there was no evidence that its availability has encouraged unmerited litigation.