War of words between solicitors and lenders over separate representation 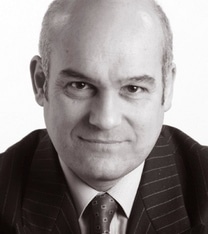 A war of words has broken out between the Law Society of Scotland and Council of Mortgage Lenders (CML) over the former’s decision to ban joint representation of borrower and lender.

On Friday 58 Scottish solicitors voted to remove the current exception to the society’s conflict of interest rules that allow joint representation. There were 27 against and three abstentions. Proxy votes were not cast.

The society will now bring forward new rules at a special general meeting in September. If voted through then, and subject to approval by the Lord President, separate representation will become the rule.

CML director-general Paul Smee said: “It is disappointing that a measure which is so blatantly against consumer interests and will impose added costs and added scope for confusion and delay has been voted through, with not even the pretence of wider consultation.

“At a time when housing and mortgage markets are still recovering, this is a protectionist measure with little regard for the interests of consumers.”

Law Society of Scotland vice-president Bruce Beveridge said it was “simply untrue” to say there had been no consultation. “We consulted widely on the issue with the CML, banks, building societies as well as Consumer Focus, Which, the Office of Fair Trading and Registers of Scotland.

“Indeed, this has been a matter of wide discussion ever since the [then] director-general of the CML first floated the idea of separate representation back in September 2010. It is therefore unfortunate that the CML has chosen to issue such a misinformed statement.

“The CML says this proposed change would increase consumer costs but these are the legal costs of mortgage lenders, which are mostly large banks. If consumers are impacted, it will only be because the lenders themselves have allowed it by placing additional costs on their own customers.

“We are still keen to engage with CML and others to ensure any effects of a rule change can be properly managed. Indeed, we see the opportunity for positive benefits for lenders in reducing their panel management costs.”

Speaking after the vote, Law Society of Scotland president Austin Lafferty said joint representation was introduced in 1986 to help ensure a smooth transaction “but the world is a very different place now. The severe economic downturn, increasingly complex transactions, increasing risk of mortgage fraud and the additional pressures from lenders mean that it is no longer appropriate, and indeed is arguably not in the public interest to continue…

“We are fully aware of the potential for increased costs for buyers and increased paperwork for solicitors. However, these costs are not the borrowers, they are costs associated with lenders satisfying themselves on their own lending risk – and it will be for the lenders to decide on whether they are prepared to pass on these costs to their customers…

“Market forces will also play a role and undoubtedly determine a new fee structure so, while the borrower and lender will each pay for the work of their own solicitor, I do not foresee any astronomical price rises.”