Want the good life? Go to the commercial and chancery Bar 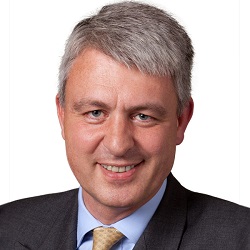 Commercial and chancery practitioners are by far the most satisfied practitioners at the Bar, while those in crime and family the least, new research published today by the Bar Council has reported.

While only 30% of family and 34% of criminal barristers said they were able to balance their home and work lives, the figure was 61% for commercial and chancery. The overall figure was 45%.

Just 18% of criminal barristers thought there were fairly paid considering their expertise (77% for commercial and chancery), and the survey of 4,092 barristers was carried out last summer, before the latest pay showdown.

Less than half of family barristers (46%) considered themselves able to cope with the level of stress in the jobs – the lowest among the practice areas surveyed – while only 12% said they did not feel under too much work pressure.

Again, criminal and family barristers were far more likely than others to feel under pressure from their chambers/employers to take work they would rather not.

Almost all barristers (89%) across all areas of practice agreed that they found their work interesting, and 61% said that most days they were enthusiastic about their work.

In almost all areas surveyed, commercial and chancery barristers came out as the happiest with their lot.

Looked at in comparison with previous surveys in 2011 and 2013, several measures were worse than in the past, but there were improvements in barristers saying there was a fair allocation of work at their chambers (up to 64%) and that they would recommend a career at the bar (up to 48%).

Bar Council chairman Andrew Walker QC: “The fact that many saw their workload, stress and work-life balance deteriorate further is a worrying trend.

“It shows that we must all maintain our efforts across the Bar to support those who are finding practice ever more difficult to sustain, both financially and in terms of maintaining and enjoying a healthy and fulfilling life both at work and at home.

“It shows, too, how important it is for the leadership of the Bar to be making our case to the government, in Parliament and to the public about the long-term consequences of failing to value and pay properly for the delivery of justice in England and Wales.”