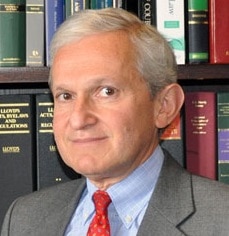 Vos: Judiciaries need to be in vanguard of reform

The courts need to “move fast” to develop online dispute resolution (ODR) and other forms of speedier dispute resolution, “before the millennials lose faith in the way the older generation is content to deliver justice”, the Chancellor of the High Court has warned.

Sir Geoffrey Vos also said that technology that aimed to forecast the outcome of disputes was “very useful” but would not make litigation obsolete.

In a speech to a legal business seminar in Frankfurt this week, Sir Geoffrey said it was “absolutely vital” that judges in the UK and across Europe were not complacent about the systems they operated.

“Our judiciaries need, I think, to be in the vanguard of reform to the legal process. As I always say, in an era when people can get every kind of service instantly or at worst the next day by calling it up on their smart phones, it is inconceivable that they will accept, in the longer term, the delays that are inherent in almost all justice systems.”

He highlighted the major court reform project in England and Wales that is introducing ODR for small claims up to £25,000, for divorce, for guilty pleas in criminal cases, and for many tribunal claims in relation to social entitlements and other issues.

“We should not kid ourselves that commercial disputes will not ultimately follow,” he added.

“Many observers think that the interest of lawyers and judges in smart contracts will be about regulation, to ensure that the new contractual landscape does not escape the controls that keep the financial services industry safe.

“But for my part, whilst acknowledging that that is one side of the equation, I want to make sure that our courts can be a part of the solution.”

Sir Geoffrey said smart contracts would need a legal foundation, noting estimates that, within around five years, around three trillion financial deals will be entered into using smart contracts and blockchain.

“You cannot have three trillion contracts per year globally without expecting some of them to give rise to a dispute.

“We need to ensure that our judges are sufficiently educated in the legal basis of them, and in the computer code that underlies them, so that we can deal with these disputes and help to shape the legal environment in which these revolutionary developments will occur.”

The judge said judges also need to engage with the growth in the use of predictive technology to forecast the outcome of disputes.

“This has been pioneered in the US, but has now very definitely arrived in Europe. My own view is that it is very useful for big business, because it can identify the most likely outcomes of uncertain litigation.

“It will not mean that litigation becomes a thing of the past, however, because ‘the’ outcome as opposed ‘the most likely’ outcome cannot be predicted, and anyway not all decision-makers, even in large commercial concerns, are entirely rational.

“They will still, I am sure, in some situations want to ‘take their chances’, motivated probably by other less measurable factors including human judgment and bare human emotion aroused by the dispute itself.”