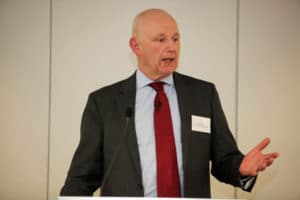 A virtual law firm, Keystone Law, has beaten the big players to achieve the highest “success rate” in litigation in the senior courts, a report has found.

Meanwhile Florida-based data analysts Premonition said litigants in person were more successful in winning cases as a group than lawyers.

Keystone, an alternative business structure, achieved a 92% win rate in 14 appearances at High Court level and above over the past three years, according to Premonition’s report.

The most successful barrister was William Bennett, from 5RB, with a 100% track record from 10 appearances in the High Court.

Controversy has surrounded the release of win rates by Premonition, since its first findings were revealed by Legal Futures in July 2015.

For its latest report, Premonition, which says it has “the world’s largest litigation database”, studied 11,193 senior court rulings over the past three calendar years. It has analysed all 143,922 UK cases that it says are available online.

The company said its work “does not seek to judge or criticise the case preparation management or advocacy which law firms and barristers apply to the cases they undertake”.

But it added: “However, the absence of numerical information, statistics and Big Data reduces comparisons of performance to hearsay skewed by qualitative and subjective criteria. This is not helpful to law firms and barristers who may wish to see how they rank against their competitors and it provides no assistance about relative performance to clients who wish to instruct [them].

“Those who steadfastly maintain that the conduct and outcome of cases in the High Court is too alchemic, lofty and exempt from such examination might reflect on the fact that to persevere with that view sets them apart from the whole of the rest of the world’s human activities.”

Along with its detailed findings from different courts, Premonition said it had uncovered some more far-reaching “surprises”.

These include the finding that litigants in person are “much better than we thought” and “as a group, they out-perform the professionals”.

Premonition said its diversity and gender analysis tools had also revealed that the Bar, as represented in the higher courts, was “less diverse than the, already poor, Bar Standards Board figures”.

Claimants are much more likely to win in England and Wales than across the pond, winning in 75% of cases – twice the equivalent rate in the USA.

In the Commercial Court, Premonition found that three firms had 100% win rates in at least four cases – Clyde & Co, Linklaters and Macfarlanes.

Premonition said there was a “small number of very successful law firms” working in the court.

“There are also a much larger number of law firms who appear regularly who seem to be less so and there are two law firms who have appeared well over thirty times with a win rate of around 50%. Those who instruct these two might ask why this is so.”

The most successful barristers at the Commercial Court were Robert Bright QC (7KBW), Michael Nolan QC from Quadrant Chambers) and James Watthey based at 4 Pump Court.

At the Chancery Division, Ashurst, Boodle Hatfield, Bristows, Enyo Law, PCB Litigation, Signature Litigation and Walker Morris all had a 100% record from at least five cases. Premonition said a similar number of firms had not chalked up any successes.

The most successful firms at the Administrative Court were Clarke Willmott, TV Edwards, Tuckers, Sutovic & Hartigan and Rainer Hughes, with a 100% record from at least four appearances.

Meanwhile at the Court of Appeal (Civil Division), the law firms with a similar success rate were Clarke Willmott, Bond Dickinson and Addleshaw Goddard.

The latest report tackled some of the major criticisms thrown Premonition’s way.

It said: “There will be those who argue that the legal processes in the High Court are too multi-dimensional to measure; that the weight of evidence will decide, that judges are not infallible, that some lawyers take on only the hardest cases and that some of the plaintiff or defendant protagonists are surprisingly unreliable on the day.

“Even so, it is unarguable that those who are in either side of the case want to win. What client goes to the High Court wanting to lose?”

It continued: “There will also be those who will take issue with the concept of ‘winning’ or ‘losing’ a case and that, perhaps, reducing the quantum might be a very good thing for the client or that an unreported out-of-court settlement was reached or that there were other factors which mitigated the ‘lost case’.

These points are for the lawyers concerned to argue and explain when asked about their track record by those clients who have Premonition’s data.”

Ian Dodd, UK director of Premonition, commented: “The findings of Premonition’s latest High Courts report show that reputation and referral may not be the best ways to choose a lawyer and barrister for costly litigation cases.

“Objective and quantitative data on the performance of law firms and barristers can prove to be a much better way of selection.”