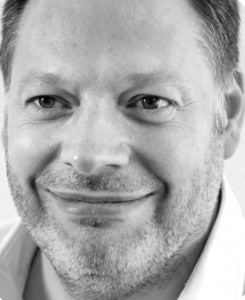 Burne: US law firms could  establish presence in UK market “in 48 hours”

New-model practice Carbon Law Partners (CLP) is set to launch a ‘white label’ service to enable foreign law firms to practise in England and Wales under their own brand, without having to seek regulatory approval or professional indemnity insurance in their own right.

Since Carbon launched a year ago, as reported by Legal Futures [2], with the only lawyer its co-founder, former City solicitor Michael Burne, it has reached 10 partners and an eleventh is due to join in October.

All so far are at senior associate level, although the firm intends to begin a recruitment drive among senior ‘retirer’ solicitors who are looking to leave established partnerships.

CLP this week announced it had raised more than £500,000 in additional funding for the business, including £325,000 in business finance from the Welsh government to fund a move from Cowbridge, near Cardiff, to new headquarters in Cardiff city centre. Partners are also located in Bristol, Manchester and Reading.

At the time Carbon launched, Mr Burne, formerly a solicitor at Allen & Overy, described it as a “law firm and a legal services platform” that created “the conditions that we think lawyers need to operate in”, backed by “state-of-the-art technology”.

When they joined, lawyers would “be inside their own limited companies, so insulated from the negative side of joint and several liability, with no requirement to make a capital account contribution to our business”.

Carbon takes a percentage of lawyers’ earnings on a sliding scale. Those billing over £200,000 receive 70% of what they bill and the higher the billing, the smaller the percentage taken by the firm.

According to Mr Burne, the white label venture might be attractive to teams inside England and Wales looking to set up under their own brand, while using the CLP back office and regulatory provision.

Internationally, it could act as an alternative model to, for instance, the Chinese-owned YangTze Law alternative business structure (ABS), launched earlier this week [3] in association with Exeter-headquartered Michelmores.

In preparation for the move, Carbon has split into two parts; CLP Group, which trades as Carbon Law Partners, and Carbon Law Managed Services Limited, which is the back-office functionality. Mr Burne said: “The reason we have changed the name of the law firm to CLP Group is to enable us to offer to other firms a white-labelled back-office and regulatory provision.”

He said that initially CLP would be looking at US firms. “You could establish an entity which is a company in the UK, the company could enter into the agreements to become a member of CLP Group.

“It could use all of our systems, our insurance, and our regulation, and go to market with the same brand that it has in the US or any other country. They could be up and trading with us in probably 48 hours and don’t have to complete a compliance plan or apply for PI insurance or get authorised.”

CLP would have to complete the same intensive due diligence that it does with its UK-based partners. “They’ll have to convince us that they are suitable. Just as anybody joining Carbon has to pass muster… we don’t just take anybody who fancies working as a freelancer.”

Mr Burne said that domestically, CLP was in advanced talks with a two-partner led team from “a large City firm” that was contemplating setting up with CLP under its own brand.

The partnership was also about to launch a recruitment drive aimed at senior partner-level lawyers close to the end of their careers, having initially concentrated its efforts on younger lawyers “with more fuel in the tank”.

He said the “retirers” might wish to remain at CLP while working with the younger partners – who come from firms such as Burges Salmon, Lyons Davidson, DAC Beachcroft and Eversheds and whose post-qualification experience ranges from 10 years to 22 years.

“You could stay here as a partner of the firm, work with a younger lawyer who does the lion’s share of the work under your supervision. You take 30% of what you bill the client, they keep 70% because they are doing the work, and you don’t retire.

“Or you do retire, and you sell the capital value and your client bank to that aspirant. The choice is yours, not ours. We won’t force you out, provided you are competent and performing.”