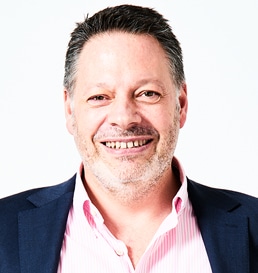 A new-model law firm has joined the growing band of practices that offer lawyers and staff a share ownership scheme.

Carbon Law Partners, which launched as a ‘hub-and-spoke’-type platform in 2014 – offering solicitors a platform to run their practices – has expanded steadily.

It currently has 30 lawyers, including one associate, and 14 ‘hub staff’, who support the legal operation.

Early last year, the firm’s 12 founding partners were offered the chance of buying a stake totalling up to 5% of the equity and two-thirds have so far done so.

The scheme – dubbed ‘Flourish’ – has since been extended and includes hub staff.

It has seen investments ranging from £2,500 to £120,000. Shares can either be bought directly or via an instalment plan.

Speaking to Legal Futures, co-founder and majority shareholder Michael Burne said he intended to make further tranches of equity available “on a reasonably regular basis”, with the volume being dependent on appetite from within the company.

The solicitor added: “Our stakeholder investment model is a crucial stage in ensuring the firm flourishes further, increasing investment in our platform, enhancing our client services and attracting ambitious partners to join us.

“Through our innovative approach, we’ve now presented all of our lawyers and staff with the chance to buy shares in the business…

“We wanted to be the first next-generation law firm to stand up for stakeholder ownership and disperse the success Carbon generates with all who shape and drive the Carbon platform, empowering partners to succeed.

“That’s why we have created our stakeholder Flourish model – we flourish together as one firm with shared success.”

Carbon is headquartered in Cardiff and has offices in Bristol and London, with lawyers across the UK.

Under the limited liability company model, partners pay for back office and other services and receive 70% of what they bill.

Unlike traditional law firms, liability is not shared between partners.

Though there are other law firms that have given staff minority stakes in the business through trusts – most notably south-west firm Stephens Scown and listed firms like Gatelely.