Video technology for courts “still has long way to go” 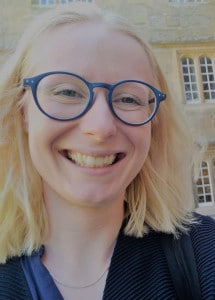 The experience of using video-link technology to hold immigration bail hearings shows how far it has to go to be as effective as face-to-face hearings, a researcher has warned.

Ms Hynes is a PhD researcher at Exeter University exploring the “legal geographies” of immigration bail hearings and has been observing the use of video hearings as part of her work.

Writing for the UK Administrative Justice Institute, she said video-link technology – which has been used for over a decade in some immigration bail hearings – was now employed in the majority of them, and there were plans to expand its use further into immigration tribunal case management review hearings and out-of-country immigration appeal hearings.

This is on top of HM Courts & Tribunals Service’s wider plans for video hearings across the jurisdictions as part of the court modernisation project, but there continues to be widespread reservations about the technology.

The Bail Observation Project in 2013 found that 50% of applicants heard via video link were refused bail, compared to 22% of those heard in person, and Ms Hynes said her court observations in two London locations and in Glasgow followed a similar pattern.

“During my observations, bail was refused in 31% of the cases heard via video link and never refused in instances where cases were heard in person.”

She wrote: “Many detainees say they prefer appearing by video link, as it means they don’t have to make the journey to a hearing centre and potentially lose their room in the detention centre or prison in which they are being detained.

“But as Transform Justice have noted, it is not clear whether applicants are aware of the difference in outcomes between video link and in-person hearings.

“Reasons for the comparatively low success rate of hearings heard via video link are not yet established, but issues of time and space may be highly relevant.”

“Hearings stop and start, participants wait, and then rush to finish a hearing ‘on time’. The combination of waiting and rushing can mean due process is not followed and a fair and effective hearing does not take place.”

Further, when video link was in use, legal representatives were only afforded a 10-minute conference with their client before the hearing.

“This is insufficient, particularly if the bail summary has been served late and the representative needs to take instructions regarding any anomalies it may contain.

“Furthermore, if a legal representative needs to take instructions during the hearing itself, proceedings must be paused and court cleared whilst they speak.”

She added: “In several hearings I observed, applicants were unsure when they were being spoken to and would intervene inappropriately…

“Microphones are often not placed close enough to those present in the tribunal, and unless they are accustomed to speaking into microphones, these tend to be ignored. Instead, participants frequently speak towards the person they are addressing, making it difficult for the applicant to hear and participate from their alternative location.

“Beyond the practical difficulties of relaying information between the applicant and the participants in the hearing room, hearings conducted using video link also lose elements of the atmosphere of an in-person hearing.”

It was important to acknowledge how the hearing effectively taking place in two locations “fundamentally” altered it.

“The use of a technological mediator between these spaces changes the nature of the courtroom processes and alters how all hearing participants perceive and engage in the hearing.

“Practical and affective issues arise as a result, which limit applicant engagement and the effectiveness of the hearing.”

“At present, the technology available in tribunal centres is not sufficiently advanced to replace in-person interaction and guarantee the applicant an effective hearing.

“Immigration bail hearings constitute a time and a space that is more than the sum of its parts. Between the hearing room and the detention centre more is lost than eye contact and gesture. A fundamental lack of co-presence, atmosphere and participation decays the reliability of hearing processes.

“In the meantime, it remains to be seen whether video link technology could advance far enough to fill these gaps.”