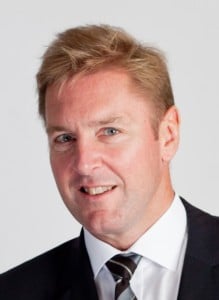 Crawford: “confusion and frustration” at claims made by Veyo

The chief executive of Britain’s biggest conveyancing firm, myhomemove, has predicted that Veyo, the online portal launched yesterday by the Law Society and Mastek, “will fail”.

Doug Crawford’s comments came as he unveiled a new version of myhomemove’s eWay online service, which he promised would help “revolutionise conveyancing”.

Mr Crawford, whose business is regulated by the Council for Licensed Conveyancers, said: “Veyo will fail – but not for the reasons some might think.

“It won’t fail due the inadequacies of its case management system, or because its claims to create a trusted community seem to rely on levels of due diligence that are way below what is already available in the market.

“It won’t even fail because a chain view is of very limited value if you can only see a few parts of the chain.

“Veyo will fail because, it appears to us, that the Law Society don’t understand customers – they don’t even it seems understand their own members, law firms, and how they now work.”

Addressing delegates at myhomemove’s annual conference last week, Mr Crawford went on: “There is still a huge part of the conveyancing market which is made up of smaller firms staffed by highly skilled and motivated conveyancers, working hard to do a great job in difficult circumstances.

“Many of these Law Society members have been vocal on the Law Society Gazette and other forums about their confusion and frustration at the claims being made by Veyo’s marketing.

“’Highly misleading’, ‘illusory’, ‘insulting’, ‘hilarious’ and ‘alarming’ are just some of the words that have been used to describe the bold claims being made by Veyo about the level of market interest, and about how it will change the conveyancing market.

“Based on the reaction of many of their members, the Law Society, appear, at best, to have been extremely naïve in allowing such claims to be made by a joint venture that carries their name.”

Mr Crawford predicted that the number of firms active in conveyancing was “likely to reduce considerably” in the short-term.

“But, for those small firms who really do want to be serving conveyancing customers well, and are willing to back themselves in doing that, the technology needed to support them is increasingly accessible – but it isn’t Veyo.”

Mr Crawford said a new version of eWay, built to be ‘mobile first’, would be tested next month.

“The new version of eWay is built on a completely different infrastructure and will allow us to continuously improve our online experience for clients,” he said.

“Our plan is to move into testing during June, our first live pilots start in July and run into August and we aim to roll out with full launch during September.

“eWay is already market-leading and this new version will raise the bar even further and help us revolutionise conveyancing.”

Mr Crawford said myhomemove had been “for some years now” the largest conveyancing firm in the country and was on course to complete 54,000 transactions this year.