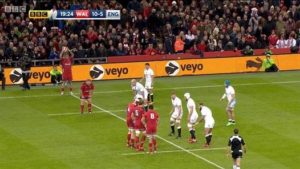 The Law Society’s failed conveyancing portal Veyo recorded a loss of £11.4m in its last financial year, with rival product Free2Convey the cause of its demise, according to newly published annual accounts.

The accounts of Legal Practice Technologies Limited (LPT) – the 60/40 joint venture between the Law Society and IT giant Mastek – showed the loss for the year to 31 October 2015. The figure could yet rise as the decision to ditch Veyo was made five weeks later, with further wind-down costs possible.

Some £6.8m of the loss was put down to research and development expenditure, with a further £743,000 on 10 staff. No directors were paid.

Significant sums were also spent on marketing – including pitch-side advertising in last year’s Six Nations’ match between Wales and England. Veyo won awards for its marketing, even though there was no product.

While not identifying it by name, the directors’ report in the accounts indicated that the proposed Free2Convey product effectively killed Veyo.

The report said: “During the period, the secure online environment (Veyo) was built, and trials had commenced with customers.

“A review of Veyo undertaken by LPT at the instigation of its board has shown that the shape of the market for the Veyo product has changed radically since LPT was founded. New providers have committed to bring free products to market within case management software to deliver LPT’s vision for e-conveyancing.

“As a result, both the shareholders have decided against further investment in the development of Veyo and accordingly the LPT board resolved in December 2015 that there should be an orderly closure of the company.

“These financial statements have therefore been prepared on a basis other than going concern. The joint venture partners intend to provide additional funding or forgive loan amounts due to LPT to enable the company to settle its liabilities in full on a solvent basis.”

Since Veyo failed, progress at Free2Convey has slowed. It was initially set up by the Legal Software Suppliers Association (LSSA) last autumn as a rival to Veyo, but in April the LSSA ended its agreement with the free portal. Free2Convey is now being promoted by the technology company that developed it, Pracctice, although it will integrate with other practice management software.

Speaking last month, Pracctice’s Matt Lancaster said: “When Free2Convey was being developed, LSSA members were very fearful of Veyo. Veyo was being promoted partly as competition to the case management providers, which meant everyone backed Free2Convey.