Vexatious ex-solicitor “said first thing that came into her head” 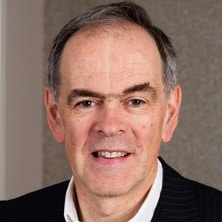 A struck-off solicitor called to give evidence over a will she drafted often said “the first thing that came into her without reflecting on whether it was correct”, the High Court has found.

However, ultimately the court accepted that her evidence was in line with other evidence in the case.

She has emailed judges, lawyers, journalists and countless others in pursuit of increasingly extreme allegations arising from a property dispute.

Back in 2017, she told the High Court that her case involved “the most important question ever asked in the history of civilisation since the birth of time”.

Her firm, Ashley & Co, was shut down by the Solicitors Regulation Authority in 2005 and Ms Sheikh was struck off in 2009 for dishonesty. The same year she was made subject of a civil restraint order, which has remained in place since.

But in a recent challenge to a will heard by deputy High Court judge Charles Hollander QC, it was Ms Sheikh who had drafted the will when she was in practice in north London.

Noting Ms Sheikh’s “deep grievance against the English justice system”, the judge recounted that, when she was asked for assistance in the case, “she responded with an enormously long tirade in writing against the justice system, peppered with individual accusations of corruption and dishonesty against most of the senior judiciary”.

He said that, in cross-examination, Ms Sheikh had refused to acknowledge that a number of judges were actually judges, and refused to accept the jurisdiction of the Solicitors Disciplinary Tribunal over her activities as a solicitor.

“Other parts of her evidence were equally eccentric,” said Mr Hollander QC. “She claimed to have acted on 100,000 conveyancing transactions, which seems unlikely for a sole practitioner: this requires about 15 new instructions 365 days a year throughout her career.”

The challenge was on the basis of a lack of knowledge and approval on the part of the testatrix.

In her witness statement, Ms Sheikh said that she would never had prepared a will for a client who could not speak and/or understand English unless an interpreter had been present, which had not happened here.

The judge said he could not “safely” rely on Ms Sheikh’s evidence unless there was material which supported or corroborated it.

“I formed the view that she would often say the first thing that came into her head without reflecting on whether it was correct.”

However, after a lengthy consideration of all the evidence, the judge concluded that there were no suspicious circumstances and rejected the challenge to the will.

When it came to the will’s execution, Mr Hollander QC found that Ashley & Co’s receptionist at the time – who witnessed it – would not have agreed to do so if she thought the deponent did not approve or understand it, “and whatever may be said about Ms Sheikh, I do not think in 1998 she would have done so either”.

He added: “Indeed, the correspondence we have from Ms Sheikh suggests she was anxious that her clients should understand the contents of the will.

“So, notwithstanding my misgivings about Ms Sheikh, I think her evidence in this regard is consistent with the other evidence I heard.”

In a commentary on the case on her blog, Hardwicke barrister Charlotte John wrote: “Just pause for one moment to digest the prospect of having to call as a witness in support of your case a former solicitor who has not only been struck off for dishonesty but who has repeatedly plagued the courts with fantastical and vexatious applications, to the extent that she has been restrained from issuing any application or claim. Add to your woes the loss of the original will file.

“That was the position that the defendants faced in Gupta v Gupta & Ors and the claimant seeking to challenge the will was no doubt emboldened by Ms Sheikh’s extraordinary reputation.”