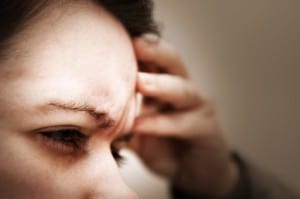 If you are a partner doing legal aid work, working long hours and from a black, Asian or minority ethnic (BAME) background, then you are probably the most stressed solicitor in the country.

That is according to newly published Law Society research, which last year surveyed 2,267 solicitors.

Almost all reported having ‘negative stress’ in their working lives, with 18% experiencing ‘severe’ or ‘extreme’ levels of stress at work. The majority (52%) described their stress level as ‘moderate’.

The research identified four factors associated with a higher incidence of severe and extreme stress within private practice:

However, there was no variation depending on the size of firm in which individuals worked, while men and women were fairly equally stressed.

‘Demands of the role’ was the overwhelming cause of stress, particularly for assistants and associates, followed by the level of support provided by the organisation, line management and colleagues, while 13% of equity partners identified the legal market as a cause of stress.

For those solicitors working in government, the level of support was a significantly larger cause of stress (27% cited it) than in private practice (15%) or those in commerce and industry (13%).

Perhaps unsurprisingly, private practice solicitors reporting high levels of stress tended to be more dissatisfied with elements of their working lives, such as pay, the number of hours worked, the extent to which they could balance work and non-work interests. Overall 20% of those under severe or extreme stress were dissatisfied with their job overall, compared to 4% of those with lower levels of stress.

Looking at health more widely, 86% of solicitors reported their health as ‘good’ or ‘very good’, and a third had taken time off from work in the preceding year due to ill-health – women (39%) were far more likely to have done so than men (26%). On average (using the mean), solicitors had taken 2.2 days of sick leave in the previous year.

Some 41% said they had gone to work when they were really too ill to do so.

Stress was primarily perceived as a medical issue, with only 3% of solicitors saying they would turn to the Law Society for help.

Nearly three-quarters of respondents were, when prompted, aware of at least one of four main sources of support – particularly the Solicitors Benevolent Association, but also the Law Society’s pastoral care helpline, LawCare and the Solicitors Assistance Scheme – and when asked about what role the Law Society should have in health and wellbeing, 27% said it should raise awareness of existing provision.

The next highest proportion (22%) said it should do nothing.