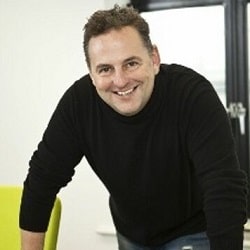 Venture capitalists have launched a fund aimed at lawtech start-ups, with an emphasis on businesses that hope to exploit big data for corporate decision making.

Bright Minds Capital Partners – the creation of legal outsourcing company Exigent – is said to be the first ‘evergreen’ fund specialising as a co-investor in early-stage funding focused on cutting-edge technology, such as artificial intelligence, blockchain, and big data.

Evergreen is defined as the gradual infusion of funds into a company as it grows, as opposed to traditional investor backing, in which capital is supplied up front after being raised in a funding round.

The fund is already active, having kicked off its portfolio by backing Lexchain, an immigration compliance automation tool using distributed ledger technology.

The fund’s chief executive Nicola Stott, who is also Exigent’s managing director, said it was different to others in not having a typical venture capital structure with an investment director who “has no clue of how to run a business”.

It would provide “leadership and sector expertise” as well as capital to start-ups specialising in blockchain, data extraction, and corporate data management.

He said: “The time has really passed to talk of ALSPs.  They are part of the landscape and the ‘A’ has lost its meaning.

“I do believe they have shaken the [market] and massive private equity interest in this and the legal tech arena will drive change.”

On Bright Minds’ entry into the market, he said it would not confine itself to lawtech applications if other possibilities arose: “Bright Minds is looking for exactly what we say on the tin.

“The investments we seek are not related necessarily to the legal technology space; indeed we believe digitisation will break down silos for businesses.

“If Exigent can provide a test bed and expertise in analytics, legal or beyond, that is an added bonus rather than core to the [investment] process, as with any other co-investor.”

Ms Stott added: “We’re the bridge between angel investors and private equity…. Everybody on our team has real-life experience and has seen this before.”