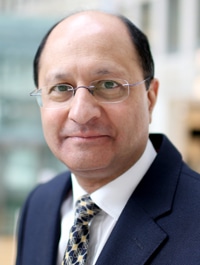 Vara: “I do not accept his criticisms”

Giving evidence to the justice select committee last month, the Master of the Rolls said the judiciary “warned of the real dangers” posed by enhanced court fees and described as “lamentable” the research undertaken by the government before the increase.

At the select committee this morning, chairman Robert Neill, the Conservative MP for Bromley and Chislehurst, read out Lord Dyson’s words that “I got the sense it was almost a desperate way of carrying on”.

Mr Vara responded: “It’s not a criticism that I agree with. I have huge respect for our judiciary, but on this issue the criticism was of one specific piece of research and not the other four.” Lord Dyson had “completely ignored” these.

Mr Vara said the research criticised by the Master of the Rolls was commissioned from Ipsos MORI.

“The conclusion of that research was that of the individuals and SMEs who were interviewed, while some said they would need to reflect before going ahead because of the court fee, nevertheless many of them said they would go ahead.

“I hear what the Master of the Rolls says, but I do not accept his criticisms.”

Mr Vara went on: “Hindsight is a wonderful thing. We had to act quickly. We did the best we could in the circumstances. These are difficult decisions. They won’t be welcomed with open arms. It is necessary to raise fees, tough those these decisions are.”

Mr Neill pointed out that the Judicial Executive Board had, in its submission to the committee, criticised the “entire evidence base” for enhanced court fees.

He said an impact assessment on the increase “took the view that there would be not be a huge impact in the number of cases”.

He went on: “Experience has proved otherwise. What I will say is that 90% of the cases are unaffected, because they are for a sum of less than £10,000.

“That dip has subsequently risen, but I accept that it is not back to the levels it was before.”

Responding to criticisms that the civil courts should not be used to cross-subsidise the family or criminal courts, Mr Vara said the “element of cross-subsidy” in enhanced court fees had been approved by Parliament.

Questioned by Conservative solicitor MP Alberto Costa on whether enhanced court fees could undermine international competitiveness, Mr Vara said: “People do not come to the UK for our legal services because they are cheaper, but because of the quality of our lawyers and the quality of our judiciary.”

Mr Vara referred to a report published by the Centre for Policy Studies last week which had found a “doubling of charge-out rates” by law firms in recent years. “Court fees are a tiny, tiny proportion of the overall costs that parties incur.”