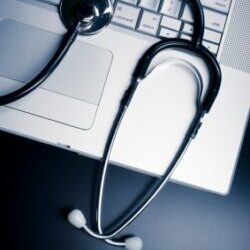 Medical reports: Crunch at the lower end of the market

The value of the medico-legal market fell by a further 5% last year, after shrinking by 18% during 2020, a report has found.

The report on the UK Medico-legal and Insurance Services Market in 2022 by IRN Research predicted a future of “increasing concentration of profit at the top end of the market” and “intense competitive and price pressures” at the bottom.

“Only the most efficient and competitive players will survive at the lower end and only those players offering the greatest value to legal and insurance companies will prosper at the top end.”

The future market would be characterised by reduced business at the lower end and increased competition “for expert witness and case management talent”.

Operation costs would increase, including staff costs, energy costs and the need to invest more heavily in IT infrastructure.

This would be combined with greater market consolidation, giving larger players “cost benefits over their smaller rivals and a greater ability to invest in IT systems and talent”.

Researchers said that, in response, medico-legal companies should use “IT systems, robotics and automation” to extract profit from lower-value cases, streamline processes and reduce costs.

“This will include automated systems to direct emails to the correct team members, using artificial intelligence to read reports and speed up case progress and using natural language processing to recognise user sentiment, such as urgency or frustration, in emails.”

Medico-legal companies should “engage in more collaborative working” with clients and expand their “core competencies and specialisms” to generate more business opportunities.

There was likely to be “more integration” between medico-legal companies and law firms, and also with rehabilitation and treatment services.

Meanwhile, the priority given to higher-value multi-track claims in 2021 led to personal injury and clinical negligence claims heard in the High Court almost doubling, taking the totals close to what they were in 2019.

However, as the economy reopened in 2021, multi-track court cases increased and both case management and expert witness work recovered strongly, returning revenue to £110m.

Meanwhile the number of medical reports commissioned for claimants who had legal representation declined more sharply, down by 18% in the first quarter of this year.

Some 3,767 people worked for medico-legal companies in 2020/21, almost unchanged from the previous year, aided by the government’s furlough scheme. But the number was likely to fall this year.