Validity of bar disciplinary decisions in question after major oversight 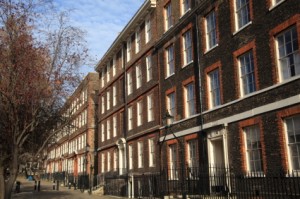 Inns of Court: 80 panel members were not reappointed

The validity of a large number of disciplinary findings against barristers is in question as a result of errors over the appointment of disciplinary tribunal members, it has emerged.

If the defects cannot be resolved, it could allow those who have been disbarred, suspended or reprimanded to reopen their cases.

The Council of the Inns of Court (COIC), the independent body that recruits, appoints and administers the tribunal panels, has notified the Bar Standards Board (BSB) that not all members were formally reappointed for their second terms following their initial appointment.

The move affects some 80 tribunal members – both barrister and lay – who have sat on tribunals in the past; there are currently 112 members in all. It is not yet clear how many years back the problem goes.

COIC has taken on additional staff to help in the work of identifying the extent of the issues. It is due to report to the BSB by 30 March on exactly what has happened and the number and nature of the cases involved.

The BSB is ultimately responsible for the conduct of disciplinary matters and addressing last night’s meeting of the BSB’s main board, chair Baroness Deech said: “In the main, this is a technical issue regarding the timing of appointments. The issue is whether the defects in the administrative arrangements for appointing panel members, which are not enshrined in the disciplinary tribunal regulations, affect the validity of the decisions taken by those panel members.

“The preliminary view is that, while there were flaws in the appointment process, there are good grounds in law to say that the decisions of relevant panels remain valid. However, the position in relation to any individual case will turn on the exact circumstances of the panel members involved.

“It is for this reason that no global judgement can be made on the consequences of the defect in panel appointments and why it is necessary to establish first the position in relation to each and every case that may be affected.”

Lay member Malcolm Cohen expressed concern that barristers who had been sanctioned by a disciplinary panel would use the flaw to try and challenge the decision. He said he was also worried about the reputational impact.

BSB director Vanessa Davies said the BSB had taken immediate steps once it was notified of the issue. Baroness Deech added: “It’s not unknown in the disciplinary world to have a flaw in the appointment procedure, and the law usually finds a way around it.”

The schedule of forthcoming hearings remains unaffected, although parties involved in current proceedings are being made aware of the issue. Legal Futures understands that COIC has also begun writing to barristers who faced disciplinary panels affected by this problem.

In 2005, before the BSB had been established, the Bar Council got into hot water when it was found that lay people were sitting on both the Bar Council committee responsible for referring cases to disciplinary action and on the disciplinary panels themselves, creating a conflict of interest.

This is not the situation now as the BSB said that none of the panel members sat on any of its committees during their appointment. It is known that one and possibly more barrister panel members were also members of Bar Council committees, such as the remuneration committee, although the conflict of interest argument will not be as clear-cut as it was in 2005.