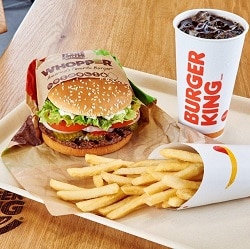 An American private equity house has become the largest external investor in DWF after taking a 4.5% stake in the listed law firm worth £10m.

Cartesian Capital Group, based in New York, has a range of investments around the world, ranging from BK China, which holds the exclusive master franchise rights for Burger King in China, to Argentinian low-cost airline Airbondi and Moscow Exchange, the sole securities, derivatives, and foreign currency exchange in Russia.

Peter Yu, managing partner of Cartesian Capital Group, said: “Having closely reviewed DWF’s strategy and operations, we concluded that DWF’s world-class, worldwide team are creating great value for their clients – and for their stakeholders.

“From their client-focused managed services to their innovative and efficient connected services offerings, DWF truly represents the future of integrated legal services. We are proud to partner with Sir Nigel Knowles, [chief operating officer] Matthew Doughty, and their team to support DWF’s continued development.”

Sir Nigel, DWF’s managing director, said: “We have a longstanding relationship with Cartesian and we are delighted to welcome them to our group of major shareholders.

“It is pleasing to see the progress we have made – and the future potential in our business – being recognised with a significant new shareholder coming on-board.”

DWF is the first law firm on the main market. It listed at 122p but the price barely moved during the rest of 2019. It peaked at 142p in February but like the rest of the market, its share price suffered when lockdown was imposed, and then dropped 18% in May after the shock announcement of previous chief executive Andrew Leaitherland’s departure. The shares fell to a low of 46p in July but had climbed back to 71p by yesterday.

Meanwhile, Sir Nigel, along with Mr Doughty and chief financial officer Chris Stefani have been granted conditional awards of shares under the group’s equity incentive plan – respectively 1.3m, 562,000 and 527,000 shares.

The awards will vest after three years, subject to continued employment and the satisfaction of performance conditions, and will then be subject to a two-year holding period before they are released.

Sir Nigel already has 2.4m shares, with the other two just over 1m shares each.