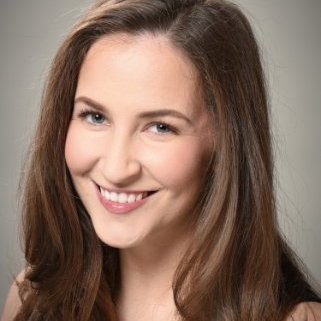 A US-based legal services provider with a London-based alternative business structure (ABS) focused on processing routine contract documents is steadily building up its European client base and hoping Brexit does not interfere with its supply of work.

InCloud Counsel (ICC) said it had a team of lawyers due to start at the beginning of 2020.

It claims to be the only global provider of end-to-end outsourced legal document services, which its network of freelance lawyers handles via an artificial intelligence-backed online platform.

According to the company, advanced machine learning is used to assist with contract review by initially flagging up clauses “in conflict with a customer’s negotiation requirements”. Later in the process, “the platform automatically scans the finalised agreement and identifies the key terms for some of the most common clauses”.

Bridget Deiters, chief executive of the London office, told Legal Futures: “We’ve got a new pipeline of lawyers ready to go as a lot of our new clients come on board in the first week of the year.”

InCloud Counsel hired a business development specialist in June, she said. “We now service EU-based and UK-based clients. It’s bringing in new work for us and is going well so far.”

The company, which has offices in Los Angeles, New York, San Francisco and Seattle, entered the European market earlier this year. ICC’s website said it worked in 52 countries “across North America, Europe, South America, and Asia-Pacific” and claimed it had saved clients over 180,000 hours so far.

Its ABS, which was granted in February, was recently added to the Solicitors Regulation Authority’s pubic register of ABSs. A key goal was to be able to extend indemnity insurance cover to freelance lawyers, she explained.

Ms Deiters said ICC had started in London with a team of 300 lawyers working remotely around the world and had only added “one or two dozen” to the total since then. It was still highly selective who was taken on, she added.

“We accept between 5-10% of those who apply. Lawyer partners average 10 years’ post-qualification experience.”

The company was watching Brexit closely, she said. “We are of course watching Brexit just like any other businesses and will try to make sure we are prepared for whatever the outcome may be.”

She declined to comment on whether the company had contingency plans to set up in European Union countries if necessary: “I’d rather not talk about that.”

Ms Deiters added that ICC was content to stick with its model of handling only high volume routine contract work that could be easily outsourced, rather than pursuing higher-value tailored work which needed in-person teamwork.

She said the exact nature of the services provided was discussed in detail with the client before work began. “They bring us on to do the work that can be routinised… A document comes into InCloud Counsel and the client knows the work will be completed up to the specs they have laid out.

“Our model really isn’t meant to cater for bespoke contract work. We think that is work that would be better handled by law firms or the in-house team that has the breadth and scope of knowledge and experience in those bespoke contracts.

“We are successful in making ourselves experts in routine documents that lend themselves to outsourced solutions. We are not trying to take away work from large law firms that should be completed by large law firms.”

She said that because the company was global and had lawyers in several countries, its network of lawyers were not asked to work inconvenient hours. “It means we can give them a project that is timezone-specific rather than asking lawyers in London to operate across time zones.”