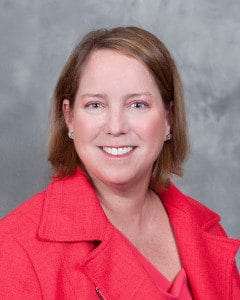 The UK office of a major US law firm specialising in acting for men in divorce cases, is approaching its first anniversary with plans to expand into several UK cities.

Cordell & Cordell, which has 100 offices and more than 200 lawyers in the US, opened in London last May [2]. Since then the UK arm has appointed two solicitors and is about to employ a third, and continues to advertise heavily on radio.

US partner Barbara Johnson-Stern, who is herself in the process of becoming authorised to practise in the UK, told Legal Futures the firm has ambitions to expand into large cities, including Manchester, Birmingham and Bristol, as well as Wales.

She said the firm was on its way to establishing a “solid presence” in the UK and had had “no difficulty in establishing our credibility” in the courts.

Cordell, whose strapline is “a partner men can count on” and openly admits that its “solicitors focus on men’s divorce and dads’ rights”, also makes it clear on its website that it will represent women. But Ms Johnson-Stern admitted the London office has so far only represented a single woman client.

She said she was puzzled that more women clients have not come forward, explaining that in the US the firm has more female clients. “I think that what people don’t necessarily understand about our law firm, or probably any law firm, is that a good lawyer is going to represent their client to the absolute best of their ability regardless of race or gender.”

But she agreed that male clients might be deterred if they “walked into an office and there were several women clients sitting around”, although such an impression “tends to be very superficial and doesn’t stand up to any transparent investigation”.

Ms Johnson-Stern said the Solicitors Regulation Authority “took an interest” in whether the firm discouraged women clients. “We probably had to answer a few more questions both in getting approved to open, as well as afterwards. They were interested in how many female clients we had and whether we made it clear on our website or not that we would gladly represent women, which we do of course.”

Feedback from clients had been positive, she said. Male clients were “initially excited about aligning with a firm which has significant experience in representing men.

“At the beginning they are excited that they have support of this large enterprise that really pretty much understands them and is adept at navigating a litigation case for them. At the conclusion they are no less pleased with the firm and the lawyer”.

She said she did not subscribe to the view that female lawyers were more effective advocates for male clients in divorce. “In my extensive practice in the US I have never felt one way or the other that a judge cares much about who is doing the lawyering – it’s really what kind of lawyering they are doing. I’m seeing the same thing here.”

The two existing solicitors in the London office are male and the third currently being recruited is female, she confirmed.

She acknowledged that the firm’s focus on male divorce clients would lead to some “apprehension in the market”, but it had not come to her attention. “I would imagine it’s out there. I don’t see it, people don’t bring it to me, and when we are reaching out certainly to barristers’ chambers we don’t run into anybody who says they are not going to work for us.”

In the future she saw Cordell as expanding into Wales and “some of the larger cities in the UK”; where it would establish new offices would depend on client demand. She said the model in the US was for offices to have four or five lawyers, and a similar number “in another city two hours’ away”.

There were no plans to form an alternative business structure, she said: “That is still not a model that we are very comfortable with or are considering at the present time.”