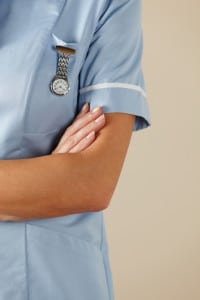 Cardiff firm NewLaw yesterday confirmed that it is working with the Royal College of Nursing to launch an alternative business structure from 1 April.

The news came with its owner, AIM-listed Redde plc, announcing big rises in income and profits for the second half of 2015 – the first half of its financial year.

In November, Legal Futures revealed that RCN Law LLP was incorporated two months previously, with directors from both NewLaw and the Royal College.

Redde’s stock market announcement said: “NewLaw has continued to build its range of services and pursue the additional opportunities available to it as the group expands its reach into the marketplace. During the period to date NewLaw has been successful in pursuing applications to set up further ABS structures with additional partners.

“The most recent of these is in partnership with the Royal College of Nursing, which will be effective from 1 April 2016. This is in addition to the ABS arrangements entered into with the British Medical Association shortly before the last year end.

“NewLaw continues to pursue other opportunities for partnerships with insurers and other related brands via ABS structures. Following the acquisition of FMG, one of NewLaw’s ABS structures, namely FMG Legal LLP, has become 100% controlled by the group.”

Redde added that Principia Law, its other ABS, “has continued to build its business making an increased contribution to the group as well as attracting new corporate clients whilst also continuing to provide the group with expertise in relation to credit hire recoveries, particularly those cases requiring more specialist attention”.

Redde’s revenues were £165m in its first half, an increase of £43m (35%). This included £15m from fleet accident management company FMG, which was acquired on 27 October 2015. Excluding FMG, like-for-like revenue growth in the accident management business was 28.5%.

Meanwhile, one of the country’s largest conveyancing businesses, Countrywide Property Lawyers (CPL), saw its revenues fall 3% to £32.2m in 2015, according to the 2015 results published yesterday by its parent, Countrywide plc, which describes itself as the UK’s largest integrated property services group.

CPL, which is an ABS licensed by the Council for Licensed Conveyancers, carried out 34,851 conveyances during the year, a 4% drop on 2014.

The results said: “Conveyancing Services has seen a year of change with moves affecting the panel management business and internal business generation teams connected with our retail and London businesses. 2015 has seen fewer instructions which have impacted on revenue and EBITDA but plans have been set to significantly increase instructions going forwards.

“Nevertheless, our pipelines remain robust. The main highlight for 2015 has been the continued recruitment of new lawyers into training programmes so that we can adequately service volumes of expected instructions and the successful roll out of our upgraded software operating system Visual Files.”

The report said Countrywide would “seek to drive increased group value from conveyancing by working with our partners in [the] retail, London and financial services [divisions] to deliver an excellent service for home movers.”

It revealed that the financial services business referred 9,500 customers to CPL, generating £3m in revenue.

Overall, Countrywide saw group turnover rise 4% to £734m, but EBITDA fell 7% to £113m and operating profit dived 37% to £53.8m in what it said was a “significant period of change in the market and our business”.