Unregulated firms “will force traditional practices to get better” 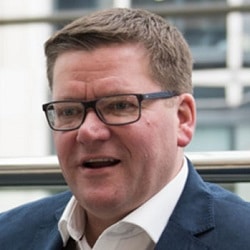 The change last year allowing solicitors to practise from unregulated businesses will force traditional law firms to improve their service offering, the Competition and Markets Authority (CMA) has been told.

Hybrid Legal – a fixed-fee business targeted at SMEs – said the year-old reform by the Solicitors Regulation Authority has allowed unregulated firms such as itself to compete “much more effectively”.

In a submission to the CMA’s review of progress made since its 2016 report on competition in the legal market, the Southampton-based firm said: “We now confidently hold our highly experienced solicitors out to be comparable with those who are employed within regulated law firms, something we were unable to do previously.

“This type of competition in the UK legal services will, over time, create better value for money for SMEs and consumers by reducing inefficiency, cost and forcing many law firms to improve their service offering – even if they continue to adopt a traditional model.”

Hybrid actually received a waiver from the then rules in 2018 to allow its solicitors to hold themselves out as practising ahead of the reforms coming into force.

The majority of Hybrid’s advice is delivered via a team of freelance solicitors or other legally qualified individuals to whom it sub-contracts. “We have a culture and brand which aims to be a far away from a traditional law firm as possible,” it told the watchdog.

“The combination of our distributed delivery model and use of technology allows us to deliver flexible support to our clients at a value point which we believe is better than many traditional law firms. We simply do not carry the overheads that they do.”

One of Hybrid’s directors, Alan Reid, told Legal Futures that, before the waiver and rule change, clients did ask about the status of their lawyer – and it was odd to tell them they were dealing with an experienced solicitor but that they were not a practising solicitor.

“The brand solicitor is probably the foremost brand identifier for legal services in UK,” he noted.

He said Hybrid includes an explanation of the regulatory position as part of its client-care documentation.

“For most clients, the fact that we are able to say that the associate dealing with the matter is a solicitor satisfies them.”

This made them a “flexible, scalable resource”, said Mr Reid and he argued that the firm has a “delivery model that I think offers better value by design”.

More than 40% of Hybrid’s income comes from clients on rolling contracts, a figure that has grown “very significantly” over the course of the last three years, he said.

Contracts can be cancelled on a month’s notice, but Mr Reid said the firm has been able to weather Covid-19 well, retaining 95% of clients since February, while turnover is 25% up on the same period in 2019.

For work that is beyond what it can handle, Hybrid has a network of law firm to which it refers clients.

Mr Reid said he was surprised that there have not been more firms like Hybrid opening up in recent years – and would not be worried if there were: “It’s a massive market that’s not being served well at the moment. More competition is a healthy thing.

“Our purpose is to try and change the way legal services are delivered to SMEs. If more people are doing that, we see that as a positive.”

He suggested that one avenue of competition could be traditional law firms deciding to set up unregulated arms for unreserved legal work.