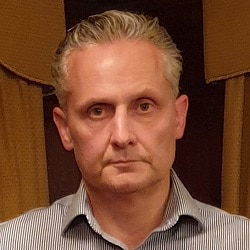 An unregulated law firm is using artificial intelligence (AI) to offer businesses a “highly automated” debt recovery service that combines ‘no win, no fee’ with a guarantee that debts of up to £5,000 that go to court will be repaid, by the firm if not the debtor.

Lee Jones, chief executive of Caresso Law, said he was using “very advanced” AI to create an environment where “tens of thousands” of business debts could be processed with “very little human involvement”.

He said Caresso provided funding and insurance for cases and had licensed its technology to two law firms in the UK and several more in France, which he did not want to name.

Where court proceedings were issued, clients were given a guarantee that debts of up to £5,000 or €5,000 would be repaid by Caresso if the debtor did not pay.

Where a case did not reach court, Caresso would assess it regularly and, if the debtor did not have the means to pay, the case could be returned to the client, but free of any costs and charges.

Mr Jones said Caresso’s income would come from interest payable on debts, statutory late payment fees and any costs recoverable from the other side. He said all the debts involved must be business debts, and not involve individual consumers.

“We might have made a big mistake with this, but I don’t think we have,” he said. “We think it will be a boon for access to justice and give people in a terrible position in their businesses the chance to recover their debts.”

He expected the new service to be attractive both to small firms and larger businesses.

Mr Jones added that Caresso aimed to expand the service across Europe and after licensing its technology to French law firms was “in negotiations” with two firms in Spain.

Caresso Law launched two years ago [1] as a consortium marketing for litigation that also involved block-rated ‘day one’ after-the-event insurance.

Despite the growth of DBAs, he said he did not expect them to overtake CFAs because it was “sometimes difficult to understand all the risks of litigation at an early stage”.

Mr Jones said Caresso Law had pulled out of personal injury and medical negligence work at the end of last year.

When it was launched, the unregulated firm set its sights on personal injury work as well as commercial litigation, working with specialist PI firms.

However, Mr Jones said that despite handling a “number of cases with good outcomes”, Caresso had found personal injury an “incredibly aggressive” market, with fierce competition and downward pressure on prices.