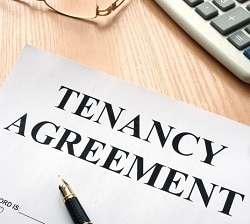 An unregulated eviction service called Remove a Tenant “crossed the line” between assisting claimants and conducting litigation, a judge has ruled.

His Honour Judge Worster, sitting at Birmingham County Court, said Remove a Tenant was not a firm of solicitors and at the foot of invoices clarified that it did not conduct litigation.

Despite being told this by a duty solicitor, at first instance District Judge Nadarajah said she had looked at Remove a Tenant’s website “and they are regulated by the SRA and there is an in-house solicitor at this organisation”.

Remove a Tenant told the circuit judge that this was not the case.

HHJ Worster said landlord Harjit Gill “well understood” that Remove a Tenant were not solicitors but instructed the midlands-based company to serve a notice seeking possession of a property in Handsworth Wood from tenant Iram Kassam.

The document signed by Mr Gill and his wife giving Remove a Tenant authority to act said at the bottom: “Please note Fentham Group Ltd [Remove a Tenant is its trading name] are not solicitors nor are we litigators, we can only advise and assist in the preparation and administration of possession claims.

“As the claimant(s) you will be conducting your case as a litigant(s) in person. If required we can arrange advocate representation for any hearings that should arise which will require a separate instruction through solicitors prior to such hearings.”

The judge said Mr Gill accepted that he did not enter his name on the online form for claims under ground 8 of the Housing Act 1988. Despite failing to comply with the rules for signature of the statement of truth, HHJ Worster said he would not strike out the claim as an abuse of process.

However, he said that the conduct of litigation was a reserved activity under the Legal Services Act 2007, which could only be carried out by authorised or exempt persons and Remove a Tenant “were neither”.

HHJ Worster said the nature of the “assistance” provided by the service was “the focus of the statutory test” for assessing what amounted to the conduct of litigation.

“The context here is that Remove a Tenant are in business to provide these services for a fee, aware of the restrictions on the work it can undertake, and of the fine line between assistance and conducting litigation.

“They provide a package of services, which in the particular circumstances of this case, included functions which were ancillary to the issuing of these proceedings and their prosecution.

“It was more than assisting with clerical or mechanical matters; Remove a Tenant were closely involved in the issue and prosecution of this claim.

“Its role included providing advice, drafting the proceedings, paying the issue fee, preparing a witness statement and certificates of service, preparing a hearing bundle and serving it on the defendant and the court, making arrangements (through properly qualified solicitors) for an advocate to represent the claimants, paying for that service, and corresponding with the other party (albeit briefly).”

HHJ Worster said Remove a Tenant entered the claimants’ names on the online claim form, which under the rules meant it had applied their signature to it.

The eviction firm also entered its address as ‘the claimant or claimant solicitor’s address’ to which documents should be sent.

He concluded that “the package of work taken together, and this aspect in particular, crossed the line, and breached the provisions of the 2007 Act.”

The judge added: “If I am wrong about that, it came perilously close.”

HHJ Worster also ruled that the notice under ground 8 of the Housing Act issued by Remove a Tenant, which did not “contain the assertion that rent was lawfully due”, was invalid.

He set aside District Judge Nadarajah’s order granting possession of the property to the Gills under ground 8 of the Housing Act and awarding them £13,386 in compensation.

However, he refused to strike out the possession claim, which he said could proceed under other grounds of the Act, and remitted the matter for a further hearing by a district judge.