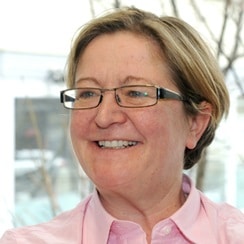 A man who ran a ‘litigation firm’ and sold its expertise as coming from qualified legal advisers – even though it did not – has been held to the same standards as actual lawyers in negligence claim.

The High Court ruled that, as a result of negligent advice from George Rusz and his company, Troy Lucas, Paul Wright had been able to pursue only part of a claim and was also facing a five-figure legal costs bill.

Mr Rusz now faces having to £263,759 to Mr Wright, plus £73,200 costs, to compensate him for what he was likely to have received had he been properly advised.

Mr Wright, aged 70 from Basildon in Essex, sought legal help after he was left with three plastic bags inside his body following a negligent operation at the Basildon & Thurrock University Hospital NHS Foundation in 2004, which resulted in him being left with life-changing injuries and permanently disabled.

In 2008, he turned to Troy Lucas, which he believed to be a credible litigation firm, to pursue a clinical negligence case. He was told that the firm had extensive experience and it claimed to be “as good as, if not better, than any solicitor or barrister”.

Although Mr Rusz never described himself as a solicitor, he did say he was “an experienced legal professional”.

The headed paper on which the retainer was printed implied that the firm comprised of one or more lawyers with legal qualifications and that the firm was authorised by the Ministry for Justice and regulated by the Solicitors Regulation Authority.

In 2011, the trust admitted limited liability and settled the claim for £20,000. Mr Wright had to pay £75,000 towards the hospital’s legal costs because, the High Court said, of the way that Mr Rusz had conducted the case.

According to barrister Colm Nugent of Hardwicke, who acted for Mr Wright, Mr Rusz was found to have made spurious applications for disclosure from the hospital and failed to comply with court orders.

He also failed to take advice from a barrister and sought “fantastical” sums for damages ranging from £1m to £3m without submitting evidence to support the figures.

In court, Mr Rusz and Troy Lucas argued that there was no contract, they owed no duty of care to Mr Wright and accused him of exaggerating his original clinical negligence claims. The court dismissed these arguments.

It said they entered into a contract with client Mr Wright which held them out as legal advisers and therefore they must be judged by the standard of a competent legal adviser.

It ruled that Mr Rusz and Troy Lucas were professionally negligent in relation to a large number of failings in their work, including advancing a claim which was heedless of the evidence, causing a series of adverse costs orders to be made against Mr Wright, failing to make or respond to offers appropriately, and failing to secure and retain the services of the appropriate expert.

Emma Jones, a partner at Leigh Day in London who represented Mr Wright in the professional negligence claim, said this was the first case on this issue since Freeman v Marshall & Co in 1966.

“We hope this sends warning shot out to any other businesses or individuals who are acting in this manner that they will be held to account for the risks and losses they expose their clients to through their incompetence.

“This has become increasingly important since the decrease in legal aid that is available. Since that time, we have seen an increase in unregulated individuals who advertise their services.”

“Individuals offering such services includes but is not limited to McKenzie Friends, who are able to offer a wide range of services yet remain unregulated and they are not required to have insurance.”

Mr Nugent, writing on the Hardwicke website, said the key finding was that “a defendant McKenzie Friend’s duty and standard of care should be determined by that which they themselves assumed”.

He explained: “In other words, if a McKenzie Friend (or similar) chooses to persuade a client that they have the skills and abilities of a qualified solicitor or barrister, then that is by that yardstick they shall be judged.

“This is the first and only decision on the role of those operating below the radar in the provision of legal services.

“And it should serve as a warning for any firm or individual professing to have legal skills they either do not possess or are not permitted to exercise, and whose mistakes result in their client getting a much worse outcome than if the client had used an actual lawyer.”

Mr Nugent said it was “difficult” to think of any other circumstances in which consumers were left entirely at the mercy of providers in such a sensitive and important area as access to justice.

“The underlying claim could well have been settled with Mr Rusz taking a huge slice of the damages, leaving Mr Wright the poorer and none the wiser.”

Last month, the Judicial Executive Board finally issued its response to a consultation on regulating or banning fee-charging McKenzie Friends that it published three years ago, but ducked out of taking action and instead kicked the issue over to the Ministry of Justice.