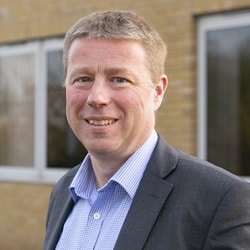 O’Rourke: Culture of the firm vital

Unlimited paid holiday leave has helped raise overall productivity, improved teamwork and reduced sick leave, according to one of the first law firms to adopt it.

The news comes as Gardner Leader, a 20-partner firm with four offices in London and the Home Counties, joined the small band of pioneers, and in the wake of research showing the psychological wellbeing of solicitors below the national average.

The policy allows all salaried employees to take the holiday they need without the constraint of a set number of days per year.

Gardner Leader said the scheme would complement the wellbeing programme and inclusive workplace policy for its 135 staff.

The firm, a member of LawNet, said it had run a 12-month trial and the workforce had backed it.

Managing partner Derek Rodgers said the policy “has been extremely positive for both the firm and workforce”.

He explained: “Any planned absence still needs line manager approval with arrangements made for work to be covered during this absence.

“But the scheme empowers our great team of people to take as much leave as they feel they need, as and when they need it, as opposed to imposing arbitrary limits. This is great for employee welfare and motivation, creating a place that attracts the best talent and where people enjoy working.”

Five-office East Anglian practice Ashtons Legal launched a paid time-off policy in 2015 after its chief executive, Edward O’Rourke, read about a similar initiative by the Virgin Group among a small group of its top executives.

Mr O’Rourke told Legal Futures the policy was still going strong and had yielded several benefits for the firm. But he cautioned that it could only work if the “culture of the firm” was compatible.

He added: “We’ve moved away from a hierarchy to a flat structure and away from presenteeism more towards output-based [performance].”

A small number of law firms, including Gardner Leader, had contacted Ashtons to find out more, he said, and all were warned that “a culture where everybody is being treated as equals and there’s a lot of respect in place” was essential.

The Ashtons scheme involves line managers of small teams weighing every request for time off against the needs of clients and colleagues. A request cannot be refused on the grounds the member of staff has already had a certain number of days.

Mr O’Rourke said HR had to monitor the scheme carefully to ensure everyone took off at least their statutory minimum. Across the 370 or so total staff, on average people took off about one extra day per employee per annum, he reported.

Only a handful took up to 35 days a year on average, mainly staff with young children.

A very small number were not comfortable with the scheme, he said: “We’ve got a small minority of staff, perversely at the younger end, probably no more than half a dozen out of 370 odd employees, who said they were comfortable with 23 days a year and they wanted to stick with that.”

He continued: “With one or two, that’s how they behaved for the first few years, then something happened in their life and they took time off and became more comfortable with the policy.”

He said Ashtons had trialled the policy for 10 months and asked its staff whether they wanted to continue. Overwhelmingly they did.

He explained: “We used to have a massive rush in December [as people used up days in their allowance] and people would phone in sick, for instance when their child’s school play was on. That doesn’t happen now.

“We treat people like adults. We say ‘you’ve got to have regard to your clients and your colleagues’ and we’re now getting a far more engaged conversation about time off within teams.”