“Unjustifiably antagonised” lord justice should have recused himself 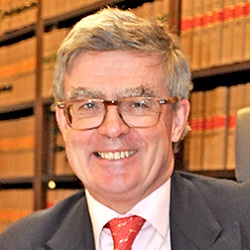 Flaux: Should not have decided matters on the papers

A lord justice of appeal who became “unjustifiably antagonised” by a defendant’s “persistence” in challenging his decisions should have recused himself, the Court of Appeal has ruled.

Sir Geoffrey Vos, Master of the Rolls, said Lord Justice Flaux – now referred to as Sir Julian Flaux in his role as Chancellor of the High Court – “was being asked to set aside permission to appeal that he had himself granted”.

Flaux LJ decided the matter on the papers but the appeal court said that, with the judge being asked to set aside permission to appeal that he had himself granted, it required “full argument from both sides” given that they were “very much not in agreement”.

The Court of Appeal heard in UCP plc v Nectrus [2022] EWCA Civ 949 that UCP sought damages from Nectrus for breach of an investment management agreement and losses from a fall in value of the shares in its subsidiary, Candor.

Sir Geoffrey said: “The most significant fact for present purposes is that UCP had sold Candor to a third party at a reduced value between the losses being incurred and the commencement of the proceedings.”

Sir Michael Burton, sitting as a High Court judge in November 2019, awarded UCP £7.8m in damages, rejecting Nectrus’s defence that the loss claimed was not recoverable because it was a “reflective loss” that only Candor could recover.

Nectrus applied for permission to appeal the reflective loss decision, which Flaux LJ granted in May 2020 but on a single ground, linked to a forthcoming decision of the Supreme Court. He directed that, after the court ruled, the papers were to be returned to him to consider making further directions.

Following the Supreme Court ruling in Marex v Sevilleja in July 2020, UCP wrote to the Civil Appeals Office to say the parties did not agree over the implications of the ruling, while Nectrus suggested further submissions.

Flaux LJ decided the matter on the papers later in July, finding that Sir Michael was right to conclude that UCP’s claim was not precluded.

Nectrus wrote to the Civil Appeals Office on 28 July saying it intended to apply to set the decision aside under CPR 3.3(5) and seek an extension to the seven-day limit to do so, or apply under CPR 52.30 to reopen the refusal of permission to appeal.

The office emailed the solicitors for Nectrus on 30 July, saying Flaux LJ had directed that either application be served by 4pm the following day, so he could deal with it before going on vacation.

Nectrus applied, as directed, the following day under CPR 3.3(5) but was told later by the office to apply instead under CPR 52.30. Nectrus did this in September 2020, applying to reopen its appeal and set aside Flaux LJ’s July 2020 decision, while requesting that the application be heard by a different judge.

Following an oral hearing in January 2021, Flaux LJ rejected the application. Nectrus applied again in November 2021 to set aside Flaux LJ’s May and July 2020 decisions.

At the Court of Appeal hearing last month, counsel for Nectrus alleged that Flaux LJ had shown apparent bias in a number of ways, including failing to call for full submissions before the July 2020 hearing.

Sir Geoffrey said Flaux LJ had “compounded” this error by refusing to extend time for the CPR 3.3(5) application that month and “setting a 24-hour time limit” for the CPR 52.30 application.

At this point, Flaux LJ “would have appeared to the fair-minded observer to be taking an unorthodox and ever-harder line with Nectrus” and to have “become unjustifiably antagonised by Nectrus’ persistence”.

Sir Geoffrey said a further point – that the judge “had already decided on paper” the substantive point on the Supreme Court ruling – did not by itself satisfy the test of apparent bias, but was “the backdrop against which the other circumstances occurred”.

He said Flaux LJ ought, “in the very unusual circumstances of this case, to have recused himself”, because “his own fairness in making earlier procedural decisions was under direct challenge”.

As a result, the CPR 52.30 application made by Nectrus in September 2020 to reopen its appeal was allowed. The ruling by Flaux LJ rejecting it was set aside, along with his earlier decision on the papers in July 2020 to refuse permission to appeal.

Sir Geoffrey added that judges should “think carefully about whether it was appropriate for them to hear a CPR 52.30 application in any case where their own procedural decisions were under attack on the grounds of fairness.

“Moreover, in refusing an application to recuse, judges should give reasons for doing so, even if they are brief.”

Lord Justices Underhill and Lewison contributed to the judgment.