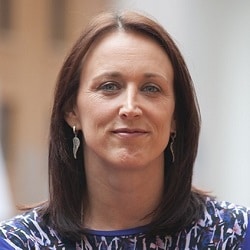 Law students at Manchester University have designed an app to enable clients of its legal advice centre to find help when the centre is closed.

Professor Claire McGourlay, director of learning and teaching at the school of law, said the app was designed by three students on its first ever legal tech and access to justice course.

She said the app allowed the centre to triage clients when it was closed, taking their details and redirecting them elsewhere if necessary.

“The app reduces the amount of preliminary work for people in the advice clinic,” she said. “I’m not saying everyone will use it. We deal with disadvantaged people and some of them are not comfortable with using the internet or a smart phone.

“But it gives clients one way of finding out if we can help with a legal problem, or whether they have one in the first place.”

The three students who designed the app are twins Cian and Tadhg Hickey, and Laura Ferraz – all second year law degree students who opted to take the 12-week legal tech and access to justice course.

The course is part of a wider collaboration between Manchester University and a number of law firms, launched in September last year.

She said their job was to talk to the students about how legal tech worked in practice and the changing nature of the legal services market.

All the students on the legal tech and access to justice course were asked to design an app for a charity or NGO using a platform provided by Neota Logic.

The professor said the three students who designed the legal advice centre app did this as a separate piece of work in their own time. She said development of the app had reached its final stage and she hoped it would be ready for use well before the start of the new academic year.

Professor McGourlay said some universities were ahead of others in their approach to legal tech and provision of specialist courses for law students.

“I should imagine you will see more opportunities, especially after 2021 with the introduction of SQE.”

She said she was no fan of the Solicitors Qualifying Exam, but at least it provided scope for more optional modules, and students could “vote with their feet” and take them.

The professor said the 20 places on next year’s legal tech and access to justice course had been filled within five minutes of applications opening.

The Manchester School of Law is introducing a new law and technology degree from September 2021. Law students will study together in the first year and then decide whether to pursue the technology or traditional route to their law degree.

“There are many things about the SQE I don’t agree with, but one good thing is that it has got us to rethink our offer to students,” said Professor McGourlay.