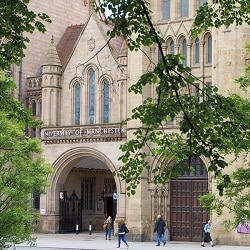 Manchester University has launched what is understood to be the first legal technology course for law degree students in England and Wales.

The course will combine classroom study of different approaches to access to justice with building an app for use by legal non-profit organisations.

The result of a partnership between the university, US-based AI platform Neota Logic and City firm Freshfields Bruckhaus Deringer, ‘Legal tech and access to justice’ is due to start in January next year as an optional module for final-year students.

Freshfields is sponsoring the software licence needed by students using Neota’s platform and the course materials.

Maeve Lavelle, director of education EMEA at Neota, said students would have access to an online academy, including video tutorials, which would take them through the process of building three apps.

Once students understood the software, they could use the platform to build their own apps, in groups, to meet the needs of non-profit organisations.

“A common one is a triage app, to decide who is best suited to advise on a particular problem,” she said. “Another is a simple adviser app to advise people on their rights”.

Ms Lavelle said the course was created in partnership with Georgetown University in the US, where legal tech courses were fairly common and included coding.

“Legal technology has seen a surge in interest lately, and we don’t see that trend slowing down”.

Professor Toby Seddon, head of the law school at the University of Manchester, said: “We’re proud that Manchester is leading the way amongst UK universities in introducing legal technology into the LLB curriculum. The world of legal services is changing and law students need to be learning about it.”

A spokesman for the university said it wanted to take advantage of the flexibility offered to those wanting to run courses in technology by the imminent introduction of the Solicitors Qualifying Examination.

Isabel Parker, chief innovation officer at Freshfields, said: “As the landscape of legal service delivery continues to evolve, an important priority for us is training the next generation of lawyers to be confident in using tools like Neota, which both allow us to support our clients’ digital agendas and to leverage the most innovative technology.”