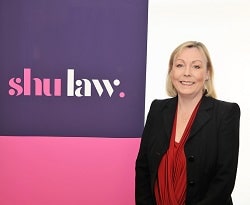 Smart: It will be a fully functioning law firm and will look like that

Sheffield Hallam University has set up a standalone law firm so it can offer a law degree that incorporates mandatory work experience into every year of the course.

SHU Law is a not-for-profit alternative business structure (ABS) that will charge for some services but will expressly not seek to compete with local law firms.

It will initially focus on commercial litigation, personal injury and small claims work, ahead of expanding into employment and family over the next 18 months.

It has recruited two qualified solicitors – Sally Mallinson-Ayres and Rebecca Draper – to run the operation from its own dedicated building, equipped with a reception, interview rooms, call-centre, back office and lecture room.

“It will be a fully functioning law firm and will look like that,” said Professor Elizabeth Smart, head of law at Sheffield Hallam.

The University of Law and Nottingham Trent University were the first academic institutions to expand their existing legal advice clinics into ABSs, but the former only uses postgraduate students, while the latter does not make working in it compulsory.

In the first year, as part of their introduction to law and practice, students will undertake six-weeks’ ethics and induction training at SHU Law.

They will return in their second and third years to work on contentious, non-contentious, public legal education, practice policy and research, and law in practice.

Professor Smart told Legal Futures that Sheffield Hallam had set up one of the first university law clinics some 23 years ago, but it was a “tiny” offering until she was tasked a few years ago with upscaling it.

Initially she worked with the university’s Helena Kennedy Centre for International Justice to offer advice programmes for final year students, but explained how she wanted to make it available to all students as part of the core curriculum.

All of the clinical experience offered by the centre will be moved into the ABS over the next year.

Professor Smart said she wanted to “change the conversation” that suggested law clinics were only of use for students who intended to qualify as lawyers.

“It’s about graduate outcomes, employability and transferrable skills,” she explained. “All of the skills that the students learn are graduate attributes – presentation, writing, drafting and negotiation.”

This would help students find jobs whether or not they ultimately chose to enter the legal profession: “Legal education is nothing without a strong dose of commercial acumen.”

The academic said SHU Law aimed to be “an ethical law firm”, built around “helping people when they need it most”.

Work will be fee-paying but there will also be pro bono advicce, depending on the merits of the particular case, and Professor Smart said she was “confident” that SHU Law would not find itself in conflict with local firms.

Rather, it has received “a huge amount of support locally” from other law firms, giving them somewhere to send clients whom they could not serve.

She acknowledged that “we need to generate a lot of work because we’re going to provide it for a lot of students”, but noting that SHU Law has not yet begun trading, refused to be drawn on its business development strategy.

Professor Smart also suggested that SHU Law could help students gain at least some of the work-based experience they will need under the Solicitors Qualifying Examination (SQE), which is due to begin in autumn 2021, as well as some of the skills and knowledge to help them pass the assessments.

While Professor Smart stressed that the idea of SHU Law was not a response to the SQE – and that the university would not in any way reduce the “academic rigour” of the degree – she would also not rule out the possibility that Sheffield Hallam could in time offer students all the education and work experience they would need to qualify as solicitors via the SQE.