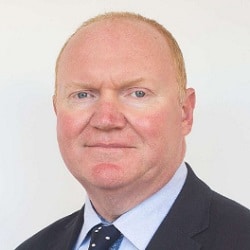 Lygo: There is going to be a lot of change

One of the leading figures in legal education has hailed the introduction next year of the Solicitors Qualifying Examination (SQE) as a “revolution”, with another saying it will break down the barriers between academia and the profession.

Carl Lygo said he wanted to “attack the idea that it is very costly” to study for the SQE.

Speaking at the Solicitors Regulation Authority’s annual SQE conference yesterday, held online, Mr Lygo said: “I think we’re at the point of a revolution here. We will see greater opportunity, greater equality, lower cost routes, less time needing to be devoted and those hidden barriers to entry will start to fall.

“Innovations are going to come from new entrants to the market as well. There is going to be a lot of change.”

Mr Lygo said Arden, which gained university status in 2015, was a “pioneer in flexible online learning”, which lacked the “historical baggage” of other universities and currently had over 1,000 law students from 85 countries around the world.

He said it has decided to “fully integrate” the SQE into its undergraduate law degree, “not just the syllabus but the methodology of assessments”.

Mr Lygo said Arden would also create a master’s degree, so students could get the benefit of government-backed study loans to cover the cost of preparing for the SQE.

The third step would be apprenticeships which “fully integrated with the SQE” and the fourth would be “micro-credentials”.

Mr Arden said these would be “bite-sized chunks of learning” on subjects such as conveyancing or litigation that students might have missed in their undergraduate degree, which would be offered on a “low cost and on-demand” basis, together “if possible with some free content as well”.

“We want to attack the idea that it is very costly in terms of time and content to prepare for the SQE.”

Mr Lygo added that he had taken an SQE paper and the questions were “tough”, partly because the subject areas were not compartmentalised.

Earlier, Dmitrios Giannoulopoulos, head of the law department at Goldsmiths, University of London, predicted that the SQE would “break down barriers between academia and the profession”, which would lead to a “cultural revolution”.

Mr Giannoulopoulos said he had witnessed a “gradual change in attitude” from Goldsmiths students, from being “unaware” of the SQE to “a lot of students asking questions” as to how it would be integrated into degree courses.

Chris Howard, director of professional legal education at King’s College London, said King’s would not be making “substantial changes” to its research-led LLB course, partly because students were aiming for a “range of outcomes”, including becoming barristers or working abroad.

Instead, the SQE course would be offered, along with the New York Bar course, in partnership with Barbri Global, at an “exclusive discount rate”.

Mr Howard said it was important in marketing the new courses that universities were “as clear as possible” to help students navigate a “more complicated and more open” environment.

So far, only two providers have revealed their prices for the SQE preparation courses, Barbri and online provider QLTS School – £6,000 and up to £4,900 respectively, on top of the £3,980 fees to take the exams levied by the SRA.