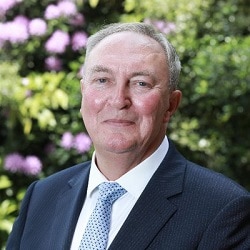 Trade union Usdaw is building a broad coalition – including the Association of British Insurers (ABI) – in a bid to persuade the government to exclude workplace injuries from the small claims limit increase.

The British Safety Council and the Law Society have also thrown their support behind the campaign.

At an event last week, Usdaw general secretary Paddy Lillis said its main objection was that this would “unnecessarily restrict access to justice for tens of thousands of injured workers. It will also have a negative impact on health and safety standards in workplaces”.

Injured people forced onto the small claims track would most likely end up litigants in person, which would place “unnecessary strain on the justice system”.

The government has excluded vulnerable road users from its whiplash reforms, and Usdaw argues that as “the employment relationship and the evidential complexity of cases mean that injured employees are also vulnerable claimants” and so should be excluded too.

Attracting the support of the ABI was undoubtedly a coup for the union. James Dalton, the ABI’s director of general insurance, said: “Workplace safety is an absolutely critical component of the world of work. What has never been the priority for us is employer liability and public liability cases, so we’re happy to support this campaign.”

Richard Miller, head of justice at the Law Society, added that it was particularly concerned about how claimants could afford a medical report if forced into the small claims court: “You can’t bring a personal injury claim without a medical report, so there is a fundamental issue around access to the courts.”