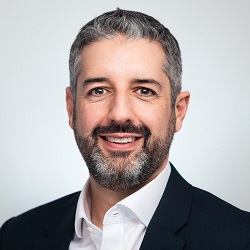 NAHL issued a trading update that said revenues for the first half of 2022 are expected to increase by 6% on last year to £21m, but underlying operating profit should decrease by 8% to £2.3m due to planned investment in its law firm, National Accident Law (NAL).

It reported that National Accident Helpline generated almost 18,000 personal injury enquiries in the first half, a 27% increase on the same period in 2021. As the group indicated when issuing its 2021 results earlier this year, a quarter or more of new claims are now being directed to NAL.

NAL demonstrated “the growing maturity of its book of claims”, today’s announcement said, by collecting £1.5m of cash from settlements in the six months, which was 50% more than in the same period in 2021.

Investors were told: “In February 2022, the group concluded that it would reject tariff-only road traffic accident claims, as they were no longer economically viable to process following the introduction of the Civil Liability Act in 2021. As a result, enquiries processed since this point are of a higher value.

“The increase in enquiry numbers was achieved by gaining market share in a claims market that has remained subdued following the introduction of the Civil Liability Act reforms and the ongoing impact of the Covid-19 pandemic during the period.”

A spokeswoman said that callers with tariff-only claims were given advice on their options, including the option of using the OIC portal directly, “as well as providing them with contact details for a partner firm who may be able to help them”.

The group’s residential conveyancing business, Homeward Legal, experienced a slowdown in the second quarter of 2022 “in line with the wider market”, following two years of increased activity fuelled by the stamp duty land tax holiday and low interest rates.

“The group continues to explore the potential sale of Homeward Legal and a further update will be provided when appropriate. The group’s property search business, Searches UK, proved more resilient in the period, and attracted several new customers in the first half of the year.”

Bush & Co, NAHL’s critical care division, “continued its planned investment in the business and progressed its recovery from the effects of the Covid-19 pandemic”, but average case management revenues remained below pre-Covid levels. Workloads and new instructions were on the up, however.

Group chief executive James Saralis said: “Despite the current macro-economic uncertainty, based on our performance in H1, the board expects the group to meet market expectations for the full year.”

NAHL’s share price has been in long-term decline, hitting an all-time low of 28p last month. They were unchanged at 34p in trading this morning.