Underwood: Co-op and Quindell will fail as public turns against “big faceless institutions” 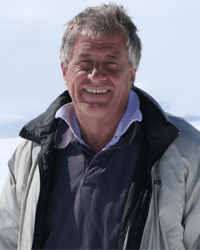 Underwood: some PI solicitors have become detached from reality

Big legal businesses such as Co-operative Legal Services and Quindell “will all fail”, according to leading alternative business structure (ABS) critic Kerry Underwood.

While welcoming the possibilities opened up by external capital for existing legal practices, he told delegates at Manchester Law Society’s annual personal injury conference that there was “no public attitude or desire” for “big faceless institutions”.

Mr Underwood, senior partner of Hemel Hempstead firm Underwoods and a leading costs specialist, delivered a direct rebuke to ABSs entering the profession. He said: “The idea that big is good is no more logical than saying McDonald’s is somehow better than a boutique restaurant, or that Hollywood makes better films than a small producer.

“When Claims Direct was at its high point and people were thinking they were the answer, I despaired. But I felt like a lone voice.

“We never seem to learn. Co-op and Quindell – they all do fail and will all fail. There is no public attitude or desire for big legal business. It would be nice to know how many cases Co-op has got.

“Quindell shares are worth around 8p, yet they seem to be buying everything that moves. Some say it a huge success story. No, it is not.”

Mr Underwood reacted to Co-operative Legal Services setting up a ‘learning academy’ – news first reported by Legal Futures in February – by saying that it should “learn how to run a bank first” and “get out of my profession”.

On the subject of ABS, Mr Underwood told the conference that in the cases of Slater & Gordon and Irwin Mitchell, it had enabled strong law firms to attract capital and invest in their business structure.

But he issued a withering assessment on the impact, so far, of new entrants to the profession: “I drive up and down the motorway and see Eddie Stobart vans advertising legal services. There may be 144 ABSs or 404 – all I know is that they are making almost zero impression.

“We are talking about the idea that outsiders with no knowledge of our ethics can come in and break into that market. Well, that just hasn’t happened in the six years since the Legal Services Act was passed.

“I see no future for ABS. The tide is turning in the public’s mind against big, faceless institutions.”

Mr Underwood insisted that the ban on referral fees should be enforced more rigorously to “clean up that area of the profession”.

He said he could not understand how some firms bought cases in and then outsourced costs and instructed counsel for any litigation, saying: “That is not being a lawyer – that is being a post box. It is time that aspect of the profession went.”

And he had strong words of advice for PI lawyers affected by the reduction of portal fees from a “ludicrous high” of £1,200 to a “market correction” of £500, saying some solicitors had become “detached from reality”.

He said: “Many people in law are quite happy to see PI struggle. They are wrong. The job we do is of great importance, but we need to face realities. It really doesn’t matter except to your wallets – and that isn’t important, never has been. If no sensible dialogue happens then costs after the event will simply go completely, no matter what the outcome.”

Mr Underwood said that “worse was to come” for those “dinosauric” PI firms and lawyers who he described as “disengaged with reality”.

But he underlined that he was “more positive” about the future and said the quality of trainees coming into the sector was better than ever.

He believed that small and medium firms will thrive with access to capital and saw a “great future” for the brilliant high street firms.

“Law is still a very sexy career, as far as young people are concerned,” he said. “It is not perceived as a dead-end career or profession. You don’t hear teachers and parents pushing little Johnny to work for Co-op, Eddie Stobart or Quindell.”

Mr Underwood claimed it was important that lawyers retained the majority of financial and management control of firms and that non-lawyer ministers such as Bridget Prentice – who addressed the conference later in the day – had “simply failed to understand the importance of the profession and its ethics, morals and disciplines”.

He added that all areas of law should be the preserve of lawyers, saying: “No-one runs a law firm better than lawyers. We need to get back our sense of pride and self-belief, get rid of accountants and HR and middle management and concentrate on what we are good at. The last 10 to 15 years of factory firms and referral fees have been a mistake.”