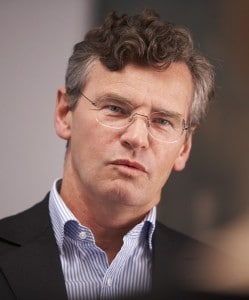 The government last week rejected a Bar Council-inspired bid to protect lawyer-client conversations from covert police surveillance where legal professional privilege (LPP) is not being abused in furtherance of a criminal purpose.

However, the Bar Council has vowed to press on with its campaign, arguing that the controversy over undercover police officers reinforces the need for the government to change the law.

The amendment to the Protection of Freedoms Bill – proposed by Liberal Democrat peer Baroness Hamwee – aimed to bring the Regulation of Investigatory Powers Act 2000 (RIPA) in line with other legislation by protecting LPP in all but those circumstances where it is being abused in furtherance of criminal purpose.

In the 2009 case of In Re McE, the House of Lords in its judicial capacity (with Lord Phillips dissenting) held that RIPA permits the covert surveillance of meetings between defendants and lawyers. It applies to other covert investigation techniques: the interception of communications, the acquisition of communications data and the use of covert human intelligence sources.

Though extra authorisation is required to snoop on privileged communications as a result of the case, the Bar Council considers the safeguards insufficient.

Home Office minister Lord Henley told peers last week: “We believe that there are some occasions,

which would be exceptional in nature, where our intelligence and law enforcement agencies may need to target these communications in order to counter a serious threat or to protect a person from serious harm.

“An example would be where a person goes on a shooting rampage, taking members of the public or perhaps their family, hostage. Our law enforcement agencies may have intelligence to suggest that it is likely that the person will visit their lawyer and seek advice or refuge. In that situation, it is clearly vital that information can be obtained about the whereabouts of those taken hostage.

“Alternatively, we could take the case of a terrorist planning an attack who may consult his lawyer at the lawyer’s office, where there might be an undercover officer in place, before that attack takes place. The surveillance commissioner may reasonably consider that the undercover officer will obtain information which could be used to avert the attack.

“I hasten to add that there is no suggestion that the lawyer is in any way involved in the crime or that the person has any intention of trying to involve his lawyer in it.”

He said last week’s report by Her Majesty’s Inspectorate of Constabulary about the use of undercover police officers “emphasises the need for stricter and more coherent rules around the surveillance of individuals by the state.

“Unfortunately, it does not address a key concern raised by the case of DC Kennedy [who infiltrated environmental groups]: that he may have been privy to legally privileged communications between fellow defendants and their lawyers and could have passed that material to the Crown”.