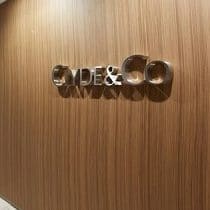 Clyde & Co: Another solicitor tried to set aside judgment based on error

A defendant personal injury lawyer who inaccurately recorded a telephone conversation with the other side in an attendance note – which led to the court being misled – has been fined.

Matthew Timothy Sparrow said he had been under “significant pressure” while working as an associate in the Manchester office of Clyde & Co in 2016 on a six-month contract.

It was his first time working in defendant personal injury, having previously been a claimant solicitor.

He told the Solicitors Disciplinary Tribunal (SDT) that he was “immediately” given a heavy workload of mainly low-value road traffic accident cases, and though he asked for it to be reduced, it was actually increased.

In his mitigation, he said he had more cases than he was able to manage, and resigned after just two months.

The SDT found that Mr Sparrow, born in 1976 and admitted in 2003, had made a “simple but serious mistake” when he made an “untrue statement” to Birkenhead County Court that the solicitor acting for his opponent had agreed an extension of time for filing a defence.

This “set off a chain of events”, which later led to another Clyde & Co lawyer making an application to set judgment aside on the basis of the inaccurate information.

The solicitor acted in a personal injury claim brought against him by a client of Slater & Gordon (S&G). S&G agreed on 17 November 2016 to a seven-day extension of time for the defence to be filed.

Mr Sparrow sought a further seven days on 24 November, but his counterpart at S&G was not in the office and he spoke to her assistant instead, late in the day.

He had the next day, a Friday, off as leave and only wrote the attendance note on the Monday. In it, Mr Sparrow recorded that the assistant had said a further short extension would “not be a problem”.

He filed and served the defence the following day. However, on 7 December, S&G obtained judgment in default.

Mr Sparrow amended his attendance note on 15 December to say that he had asked for an extension of seven days and that the assistant said “this can be agreed”.

He then told the court that there had been an agreed extension. A few weeks later, after Mr Sparrow had left Clydes, another solicitor at the firm applied to set the judgment aside.

Ahead of the hearing, S&G provided a transcript of the call showing that an extension had not been agreed. The hearing was adjourned and the matter was settled.

The Solicitors Regulation Authority (SRA) accepted that Mr Sparrow was “mistaken in his recollection” of the telephone call.

In mitigation before the SDT, his counsel, Greg Treverton-Jones QC, said that the nature of the work Mr Sparrow handled at Clydes was process driven – “there was very little to distinguish one case from another”.

“It was mainly low-value road traffic matters which insurers wanted to settle as quickly as possible. [Mr Sparrow] never met any of his clients. This type of work was usually undertaken by unadmitted persons as qualified persons were usually too expensive given the fixed costs regime and low profit margins.”

This all combined to cause the error, with Mr Sparrow “in all probability confusing the case with another matter”.

The SDT accepted that the misconduct was the result of an error, compounded by his altering the attendance note.

“As such he was fully aware of the importance of compliance with deadlines, including the requirement for a defendant to submit the defence on time or obtain an extension.”

His conduct had caused harm to the reputation of the profession and would have generated extra costs. But the impact was “minimal”, while Mr Sparrow had a previously unblemished career and had “displayed genuine insight” into what he had done wrong.

The SDT considered a financial penalty to be appropriate and judged the conduct to be “moderately serious”, leading to a fine of £5,000, and costs of £7,000.