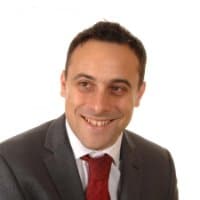 The Jackson reforms, legal aid changes and stagnant corporate work drove a record year in law firm mergers during 2012, according to new research.

While the cuts in legal aid and Jackson reforms were key factors behind mergers between mid-tier and smaller law firms, among the top 100 “firms are still not enjoying the level of work dealt with before the credit crunch, particularly with regards to M&A, corporate finance and commercial property work, that previously had been done at very high margins”.

The introduction of alternative business structures had also increased competition, the survey said.

Wilkins Kennedy partner Tommy White said: “It’s not surprising to see that the number of law firms merging remains high, because the financial pressures they are facing have not gone away.

“Law firms are using mergers as a chance to review their operating model – strip out excess costs and achieve economies of scale. Some are also using mergers to broaden out their geographical coverage and add to their specialist service offerings.”

Mr White said that whilst some bigger firms are reporting more corporate finance work, “that hasn’t made up for the overall downward pressure on legal fees from corporate clients who are building up their own in-house teams”.

With the squeeze on the legal sector showing “no signs of abating, potential adversely affecting the credit-worthiness of some firms where profits have fallen”, Mr White said strategic mergers could help “appease creditors”.

He said: “In the wake of recent high-profile law firm failures, and with many more on the SRA’s danger list, it is likely that banks will become increasingly wary of lending to a sector which was once seen as so solid, particularly where there is no evidence of a clear business strategy being in place .

“Firms that can show they are proactively taking dramatic steps to turn around poor profitability, and planning for future challenges are more likely to be able to convince the banks that the firm is still a good credit risk. Securing a strategic merger with a firm with complementary operations to shore up revenue streams could be a good example of this.”