Unbundling – a necessity for consumers or risk to professional standards? 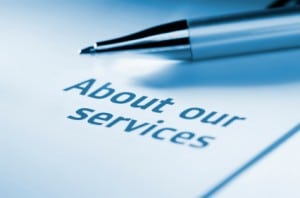 Unbundling: lack of clarity over retainers is a risk

The potential for unbundling legal services to help consumers – and particularly litigants in person – is to be examined in a research project being commissioned by the Legal Services Board (LSB) and Legal Services Consumer Panel.

The research will also consider the possible downsides of unbundling, including lowering lawyers’ professional standards.

It will focus on unbundling in civil and family litigation, given that policymakers have “seized on unbundling as part of an effective response to the increase in litigants in persons (LiPs) following cuts in legal aid”, according to the recently published research specification.

Figures from the Ministry of Justice quoted in the specification showed that both sides were represented in only 26.5% of private law family cases last year, meaning that there was at least one LiP in over 196,000 cases.

The research will also look at immigration, as “an area of law that has traditionally been delivered face-to-face, but there is a large element of form-filling which makes this area potentially suitable for unbundled provision and our research indicates it is reasonably common place”.

The LSB said: “Unbundling started in the US in this context and is spreading to other jurisdictions. In the US the work is often divided between the law firm and another actor, such as an advice centre. “However, we are particularly interested in scenarios in England and Wales where the work is divided between legal services providers and the client acting alone or with minimal external support.”

As part of the specification, the LSB carried out a literature review on unbundling, which suggested that the benefits included increased access to justice, improved administration of justice – “since some input from a legal services provider helps the client to organise and represent their matter more effectively than if no assistance was provided” – and greater value for money for the client.

“Consumers achieve greater value for money by buying only the legal help they need, while the cost of legal work becomes more predictable, and comparisons between offers easier, because unbundling lends itself to fixed-fee billing.”

Further, the literature forecast that unbundling expands the market “by enabling law firms to serve a previously untapped client base who in the past were faced with an ‘all or nothing’ choice, and by affording opportunities to develop specialised practice areas that focus on providing unbundled services”.

Risk identified by the review included consumers carrying out work they were not capable of, lawyers acting on inadequate information, a lack of clarity about the scope of the retainer, and the danger of “unethical practices” by legal service providers.

“Legal services providers will be more likely to engage in unethical practices or offer poor service because many of the professional duties are applied in less rigorous ways in an unbundling context,” it said the literature warned.

The report should be delivered to the LSB in May 2015.