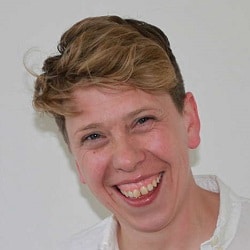 Marvel: Expanding the panel of solicitors

A pilot version of an unbundled family law service for litigants in person (LiPs) has enabled them to save 70% on legal fees and is to be expanded.

The news comes as the Solicitors Regulation Authority (SRA) and others begin recruiting firms to run their own pilot on unbundling in family law.

The Affordable Advice service (AAS), accessed through online family law advice guides and delivered through video appointments, met the needs of “a key group of underserved LiPs” who could not afford a full service.

It was created by the charity Law for Life and family lawyers’ group Resolution. The pilot, launched at the end of February 2020, ran until July this year and the results have now been analysed.

Around a third of the 356 LiPs contacted the service through Advicenow’s online guides for LiPs and at least 110 video appointments with solicitors took place.

LiPs paid a fixed fee of £120 including VAT for an hour-long video interview, requiring up to 30 minutes of preparation time.

Researchers said this compared with the £295 including VAT per hour charged by solicitors on average, or £442.50 for an hour and a half.

Solicitors agreed that the £120 fee was “appropriate for the LiP and financially manageable for them and their firm”, as long as the number of AAS users did not “outweigh their usual caseload” of clients paying standard hourly rates.

Researchers said despite limited promotion and the “significant challenges” of Covid, the service was successful in attracting LiPs and users expressed “high levels of positive experience and trust”.

Evidence suggested that the group benefiting most from the service was “relatively digitally able” with “a degree of emotional preparedness”.

Researchers said that “invariably” little was known about people who struggled to access or navigate the service.

“The pilot offers some evidence that reduced stress was an outcome of the service, with high levels of self-reported confidence and stress reduction from LiPs, corroborated by solicitors.”

Researchers said the solicitors involved were motivated primarily by increasing access to justice and were complimentary about how easily they could fit the service into their usual work.

At least 14 of the 110 appointments led to further work at the law firm’s usual rates.

The vast majority (96%) of the LiPs involved in the pilot scheme who responded to a survey said they would recommend the service to others and almost half said they already planned to see their solicitor again.

Almost all also said the advice helped them to feel more confident and reduce stress. A smaller majority (71%) said they felt it was good or very good value.

Only 15% said they could have paid “a little more” for the service, with the rest saying they could not have afforded any more.

Law for Life recommended that the AAS should be expanded by increasing the number of solicitors on the panel and promoting it more widely.

“Lawyers on the panel indicate that the service augments existing services well and has the potential to be an effective use of junior lawyer’s time.

“However, careful management of promotion and expansion of the service is suggested to ensure lawyers do not become overburdened by this element of their services if their support is to continue.”

Mary Marvel, deputy chief executive of Law for Life, said: “We are delighted that the Affordable Advice service is reaching LiPs and potential LiPs, and improving their legal capability and reducing the stress involved.

“We are now expanding the panel of solicitors so that we can help more people –  do get in touch if you would like to join us.

“We also hope to further research the impact on outcomes for service users, as well as the potential for the service to reduce conflict between co-parents.”

The SRA is working with the Law Society and Legal Services Consumer Panel on their own pilot to study the potential benefits to firms and clients of unbundled services in family law. It is supported by the Bar Standards Board.

The pilot will explore the potential for consumers in family law to be offered an unbundled service based on their individual needs and budget. It will look at the potential benefits and drawbacks to both consumers and law firms of working in this way, as well as seeking to understand any practical, regulatory or legal issues that might arise and how they could be addressed.

The SRA said: “We know there is substantial unmet legal need among individual consumers and small businesses, driven to a large extent by concerns about affordability.

“Many firms are already experimented with offering services in this way, with differing results. Some have found difficulties, while others have had success and have continued to make such a service available.”

To get involved in the pilot, email innovate@sra.org.uk.