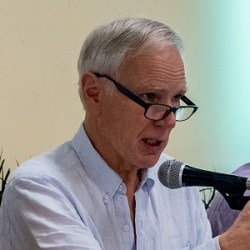 Alston: Many poor people are unable to effectively claim and enforce their rights

The decimation of legal aid has contributed to “the systematic immiseration of millions across Great Britain”, the UN’s expert on poverty and human rights said yesterday.

In a report condemned by the UK government, Philip Alston said justiciable problems that could have been resolved with legal representation have instead gone unaddressed as a result.

“The results of the austerity experiment are crystal clear,” the UN Special Rapporteur on extreme poverty and human rights said in his report following an official visit to the UK last November.

“There are 14 million people living in poverty, record levels of hunger and homelessness, falling life expectancy for some groups, ever fewer community services, and greatly reduced policing, while access to the courts for lower-income groups has been dramatically rolled back by cuts to legal aid.

“The imposition of austerity was an ideological project designed to radically reshape the relationship between the government and the citizenry.

“UK standards of well-being have descended precipitately in a remarkably short period of time, as a result of deliberate policy choices made when many other options were available.”

Mr Alston is an Australian-born international law scholar and human rights practitioner who is currently a professor at New York University School of Law.

In a section entitled ‘Decimating legal aid’, his report noted how public funding has been “dramatically reduced” in England and Wales since the Legal Aid, Sentencing and Punishment of Offenders Act 2012.

“[The Act] made most housing, family and benefits cases ineligible for aid; ratcheted up eligibility criteria; and replaced many face-to-face advice services with telephone lines,” he wrote.

“As a result, many poor people are unable to effectively claim and enforce their rights, have lost access to critical support, and some have even reportedly lost custody of their children.

“Lack of access to legal aid also exacerbates extreme poverty, since justiciable problems that could have been resolved with legal representation go unaddressed.”

He argued that “the sustained and widespread cuts to social support, which have caused so much pain and misery, amount to retrogressive measures in clear violation of the United Kingdom’s human rights obligations”.

Among his recommendations were that the government restore local government funding “to ensure crucial social protection can help people escape poverty”, reverse “particularly regressive measures” such as the benefits cap and two-child limit, and audit the impact of tax and spending decisions on different groups.

The Department for Work and Pensions said the UN’s own data showed the UK to be one of the happiest places in the world to live.

“Therefore this is a barely believable documentation of Britain, based on a tiny period of time spent here. It paints a completely inaccurate picture of our approach to tackling poverty.”

Mr Alston will present his report to the UN Human Rights Council in Geneva next month.