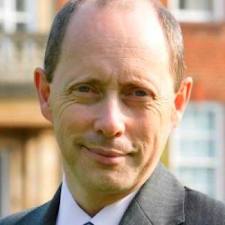 Dilnot: should have used the median, not the mean

Government statements that criminal barristers earn an average of £84,000 from legal aid were misleading, the UK Statistics Authority (UKSA) has suggested.

The Ministry of Justice (MoJ) is now to submit itself to a statutory assessment of its highly controversial ad hoc statistical release on 2 January to check whether it complied with the code of practice for official statistics.

The release came four days before the criminal bar’s first half-day of action and moulded some of the press coverage of the protest.

Following complaints to the UKSA, its chair, Sir Andrew Dilnot, has written to justice minister Shailesh Vara to highlight its concerns.

On the £84,000 figure, Sir Andrew said: “We understand that this figure represents the mean fee income from public funds for full-time barristers where any barrister with a fee income of less than £10,000 is excluded. This figure includes VAT, which barristers must pay to HM Revenue & Customs, and expenses such as travel costs. Use of the mean, rather than the median, results in a higher estimate, as the calculation is influenced by a small number of larger payments.”

The UKSA found that the MoJ’s report focused on the ‘fee income’ of barristers without clearly defining what this meant. Further, the commentary talked about the ‘earnings’ of barristers. “This is potentially misleading as the ‘Important notes to the data’ make it clear that the statistics do not represent the earnings of individuals.”

In addition, there was no attempt to quantify the impact of VAT and disbursements on the figures, nor explain “the appropriate use” of the median and the mean.

The UKSA findings continued: “Insufficient information is presented about the intended use of these statistics, or the strengths and limitations of the statistics in relation to that use. We also consider that, given the known interest in barrister earnings, the analysis might have been extended to discuss coherence with established National Statistics earnings data sources.”

The UKSA also criticised the MoJ’s failure to pre-announce its intention to publish the statistics.

The MoJ told the UKSA that the Legal Aid Agency has begun a programme of work to improve the quality and transparency of its statistics, and will formally request an assessment of the compliance of the January release with the code of practice – however, that will not be until the second half of 2014.

“The Statistics Authority is of the view that, since these statistics relate to an issue of current policy debate, it would be appropriate for such an assessment to take place,” the UKSA said.

An MoJ spokeswoman said: “These statistics were published as soon as the data was available, given the increasing public interest in this issue. We are pleased the UK Statistics Authority recognises we have already taken steps to ensure we are fully compliant with all details of the publication processes for statistics of this nature.”