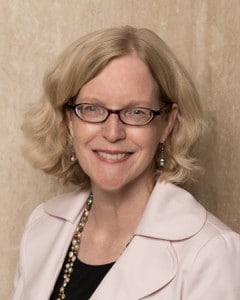 Real benefits are emerging from alternative business structures (ABSs) and the US should be open-minded about adopting them, according to an academic study,

The paper [2] presented what it admitted was “an optimistic assessment” of the benefits of ABS, finding that while they did not amount to a transformation of the industry, their effects on the firms that adopted the business model were positive.

It was written by Boston College Law School professor Judith McMorrow, and published in the Georgetown Journal of International Law,

On the plus side, the study found, “ABS firms have created systems that improve legal services for the target clients and have mitigated the negative aspects of lawyer-centric thinking that pervades many traditional firms.

“ABS firm structure has provided access to capital to allow for investment in employee development and creative use of technology. The ABS form has brought some unregulated activities under the control of regulators and created the possibility of linking legal services to other socially-conscious pro-consumer service providers.”

It concluded: “The adoption of ABS form in the United Kingdom has not resulted in an immediate transformative change in the legal services industry, so some observers may shrug. It is apparent, however, that real change is happening in many firms that adopt ABS form and real benefits are emerging.

“These early firms offer concrete evidence that US jurisdictions should look at ABS structure with a more open mind. It is time.”

The paper acknowledged concerns among US lawyers that non-lawyer ownership and investment in law firms could “expose lawyers to the unfettered pressures of the market place”. But it argued that these worries often came from “an abstract and idealised version of professional independence”, while in fact the evidence suggested that the existing system involved “unrelenting pressures” on lawyers to “erode their professional practice”.

It warned that the US bar’s attitude inevitably reflected “a lawyer-centric model of service delivery” which could “blind the legal profession” to consumer benefits.

It added: “A blanket ban on non-lawyer partners and investors denigrates the possibility of significant, equity-justifying contributions by non-lawyers, either through business or IT expertise, or as a non-lawyer specialist. Lawyers too often act like lawyers own the law.”

The paper used a number of case studies to illustrate the range of ABSs in England and Wales and discussed whether the models could be applied in the US under the existing rules. It examined the practice of Riverview Law in detail and concluded that it would be difficult to obtain the approximately £10m investment required to set up an equivalent model in the US.

It said: “Even if a firm were willing to make that kind of investment, only the wealthiest firms and individual partners are able to [do it]. In terms of outside investment, the traditional way to access capital in US law firms is through bank loans. But what rational bank would invest that kind of money in a law firm start-up?”

The paper observed that in the UK the Legal Services Board had been at odds with frontline regulators over their approaches to regulation. “This raises an understandable concern that the interest in competition may trump the interest in consumer protection. This risk of a race to the bottom is one fundamental objection to opening up the US market to non-lawyer ownership and control.”