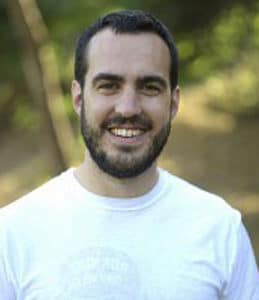 The author of a visual map of the lawtech start-up scene said it revealed the UK has a lower number of new technology ventures relative to the size of the legal market as a whole, compared with other European countries.

He also suggested that US lawtech start-ups were coming to the UK as a secondary market having already established funding and law firm recognition, making it harder for UK-based technology companies to secure a foothold in the domestic market.

The first attempt of its kind, the map, which went live last month, was produced by the lawtech community website Legal Geek. It is modelled on the iconic London Underground map and features more than 50 start-ups currently active in the UK.

A key purpose behind the map is to provide a visual representation of the market in lawtech start-ups in the UK for venture capital funders looking to invest.

Companies, which appear as ‘stations’ – with links to their websites – are divided into sectors, or different coloured ‘category lines’. The largest, ‘market places’, has 18 start-ups. ‘Stations’ are coloured according to their sub-category, such as ‘case and workflow management’, ‘analytics and search’ and ‘cognitive computing’.

Legal Geek’s founder, Jimmy Vestbirk, said the interactive map was “very much our version 1” and was “an attempt to place structure around the market in a different way to just another database that stacks stuff into a list”. Future versions would cover European lawtech start-ups and “have a lot more profiles, and a lot more information about what these start-ups are, and will go into a lot more depth”.

He pointed out that it was difficult to capture the market accurately because “start-ups are very early stage and whatever they are doing today, they may be doing something completely different next month. so it’s keeping on top of that development for us that is a real challenge”.

He noted that because of the size of the current UK start-up market, the map “lacks data”. Although the UK lawtech start-up market was currently growing very fast, he said, compared to the financial technology (fintech) market, in which London was a global leader, it lagged behind.

“There is a big opportunity for more lawtech start-ups right now in the UK… you look across Europe and see countries with a lot smaller market size that have the same amount of start-ups”.

The low statistical chance of a start-up succeeding in the longer term was a reason why it was important that the number of new start-ups continued to rise, said Mr Vestbirk.

“It’s very hard see the winners and losers now. The pure odds on start-up success are very low; if you say one in 10 start-ups are going to succeed and there are 50 on a map, that is only five that may be there in five years.

“In purely statistical terms, it seems there needs to be a lot more coming through the funnel.”

One problem faced by UK lawtech start-ups was that US start-ups that had already secured funding and developed a reputation with law firms in their home country were coming to the UK as a way of expanding their markets. “What we are trying to encourage is law firms to create safe environments to test this technology.

“Because some of the big firms are not going to use it unless someone else is using it and it puts you in a hard position. We are seeing a lot of US start-ups that are coming to the UK market as a second market and they’ve already got traction, they have that trust and they just go straight in with a lot of credibility. Having the UK as your domestic market is very difficult.”

Mr Vestbirk added: “Another observation I have from seeing a lot of European start-ups is that they are international as the default, because their domestic market is quite small. I think UK start-ups are very much focused on the UK when there’s actually a much bigger opportunity to be international.

“For instance, platforms that are multilingual… have a competitive advantage because they’re building that in from the start, and it means that they can have a better foundation.”

The first version of the start-up map – produced with the help of Thomson Reuters – also includes a facility for viewers to vote in the Legal Geek start-up awards, the winners of which will be given the chance to pitch before judges at a legal technology conference later this month. The judges will include Mark Edwards, senior vice president of Rocket Lawyer.

Legal Geek, which aims to “make London the best place in the world to have a lawtech start-up”, organises discussion events on “legal industry and technology disruption” on both coasts of the US and in London.

The sell-out conference, sponsored by Thomson Reuters, Freshfields and the Law Society, will feature a live hackathon and TED talk-style brief presentations.