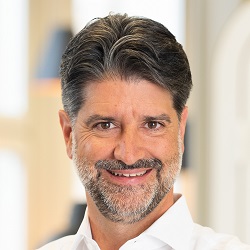 Law firms based in the UK are top of the legal world when judged by their environmental, social and governance (ESG) performance, research has found.

Mr Peyer said impactvise – which provides ESG data analytics, consulting and training for the legal market – had assessed almost 1,000 global law firms on their sustainability and ESG maturity, around 100 of which were in the UK and 100 in the US.

Six of the seven top performers were based in the UK − Clifford Chance, DLA Piper, Linklaters, DWF and Burges Salmon – with US-based global giant Baker McKenzie, which has a major presence in the UK too, the other.

Mr Peyer, a former general counsel at Zurich Insurance Group in Switzerland, said the main reason why UK law firms were “probably the most advanced in the world” on ESG was pressure from clients.

“In the EU and UK, the trend towards ESG and sustainability has a longer history than in the US, not just among law firms but among companies. Clients are more interested in understanding what law firms are doing in the ESG space.”

Mr Peyer said the emphasis on ESG began at a high level in European multi-nationals using UK-based law firms. It was now spreading to the US and to smaller organisations in Europe, more likely to instruct local law firms.

The research found that law firms generally did poorly when it came to “clearly articulating” their purpose, with many of those that did publish a purpose statement failing to describe much more than ‘serving clients with the highest-quality legal advice’ or something similar.

Very few law firms clearly described their remuneration system, or the way they made, shared and distributed revenue, in a transparent way.

The vast majority of law firms did not disclose details of how they governed and managed themselves and who took which decisions at which levels. Policies on client engagement or internal conflicts of interests were rarely described.

It was nonetheless law firms, rather than in-house legal departments, which were the first to buy the impactvise ESG comparison tool, which uses artificial intelligence, in the form of a sustainability scorecard.

The first law firm was MME, a Swiss firm offering multi-disciplinary advice on law, tax and compliance. The second was global US firm Debevoise & Plimpton.

The scorecard measures the ESG performance of a firm based on 18 World Economic Forum metrics tailored to the legal market. It also measures firm’s transparency in reporting on its ESG performance according to recognised standards and the external impact made by the firm through pro-bono work and ESG skills, products and services, together with thought leadership publications and events.

Some law firms had so many requests from clients relating to their ESG performance that they had created dedicated teams to deal with them, which could be a “time-consuming and inefficient process”.

Mr Peyer added that impactvise was currently in discussions with a Swedish law firm about the report card, and, once a pipeline of revenue was established, the start-up would look for seed funding.