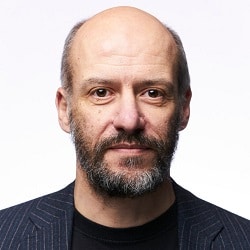 A government-backed body is directing funds towards artificial intelligence (AI) products that it hopes will help make the UK the world’s leading developer of high-tech innovations in legal services by linking up academics, lawyers and the private market.

UKRI – which has funded a significant number of lawtech projects – told Legal Futures that it was convinced the country’s research institutions held the key to boosting the technology to give law firms the best chance to win a global competition that was hotting up.

Many countries, such as Singapore, are jockeying to take a lead in AI and foreign governments are going out of their way to assist their professionals to compete.

UKRI’s own data makes a strong case that stimulating research and development will keep UK technologists at the forefront of the worldwide struggle for dominance.

As well as maintaining the privacy of data made sacrosanct by client privilege, another problem is that AI needs to be explainable to deal with the widespread fear that the opaque ‘black box’ underlying the technology can lead to the accidental building-in of bias.

Stephen Browning, who heads the UKRI programme Next Generation Services, told Legal Futures he was working with businesses across legal services, accountancy and insurance to build their AI capability.

To encourage the various stakeholders to collaborate with each other, the organisation had created the free-to-join AI for Services network.

It has also backed RegulAItion Technologies in creating a privacy-preserving data-access platform for the accountancy, insurance, legal and banking professions and their regulators.

The RegNet platform provides an automated mechanism for data to be accessed by algorithms but not shared.

Working with University College London and Loughborough University, the hope is that it will “power the global development of ethical AI”.

One of the products supported by UKRI is contract drafting app Genie AI, a start-up which began in collaboration with academics at Imperial College, London, and Oxford University, together with Barclays and law firm Withers, with the aim of tackling the main AI stumbling blocks.

Mr Browning said that as well as trying to “improve explainability and implement it in their algorithms”, Genie AI drew on “the latest body of research in computational privacy and machine learning”.

In particular it was pursuing an “anonymised data protocol”, he said, to deal with the danger of ‘big data’ being mined with ill intent to de-anonymise firms’ datasets by triangulating information.

Looking ahead, Mr Browning said he felt AI was less likely to lead to mass redundancies in the legal sector than “free up people to do other tasks better”. He added that while “change is coming” to the nature of law firm work, he could not imagine “something that will take over wholesale”.

He went on: “We are still very much at a stage where [there is a need for] human understanding and human decision-making around [whatever] the machines might produce.”

He saw UKRI’s task as helping the sector on “the journey to really understand what the capabilities of [AI] are, where they are best used and where they are not going to do the job”.