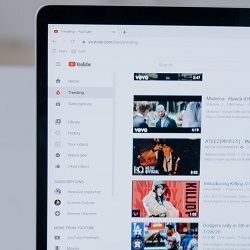 Two major representative actions over alleged data breaches have been discontinued in the wake of last year’s Supreme Court ruling in Lloyd v Google, it has emerged.

In Lloyd, the court held that the action had to prove consumers had actually suffered damage as a result of the breach and that the representative claimant could not use CPR 19.6 without proving individual damage to members of the group.

The YouTube data breach claim sought damages of up to £2.5bn on behalf of five million children alleging that YouTube’s methods of targeting underage audiences constituted major breaches of privacy and data rules.

A statement from Hausfeld said: “Following the Supreme Court’s judgment in Lloyd v Google, our client has now agreed to dismiss his CPR 19.6 representative action against Google/YouTube.

“However, following the dismissal, and notwithstanding the judgment in Lloyd v Google, the issues that were at the heart of our client’s claim – namely the approach taken by YouTube to the protection of children’s data rights in the UK – remain unresolved.

“We are conscious that the ICO [Information Commissioner’s Office] is continuing to focus on this area in respect of minors with your introduction of the children’s code, and our client would be happy to engage further with the ICO, as appropriate, in relation to these important issues.”

On Twitter, Mr McCann said they had spent “challenging months trying to reforumlate my case without success”. He expressed “deep” disappointment at having to drop the case, but pledged: “This loss is not the end.”

Last September, London firm Mishcon de Reya announced it was bringing a representative action on behalf of Andrew Prismall and the approximately 1.6 million people whose confidential medical records were obtained by Google and DeepMind Technologies in breach of data protection laws.

The claim arose out of an arrangement made in 2015 between Google and DeepMind and the Royal Free London NHS Foundation Trust, under which the tech companies obtained the individuals’ confidential medical records without their knowledge or consent.

A Mishcon spokeswoman confirmed that the proceedings have been discontinued but said “it would be incorrect to say that the matter has been dropped”. She refused to say any more.

Over 17 million cars are said to have been affected by a price-fixing scheme run over nine years by five international shipping firms, who were fined €395m by the European Commission in 2018. The claim value is up to £60 per new car bought or leased, £150m in total.

The group representative, Mark McLaren, is represented by Scott+Scott UK and backed by Woodsford Litigation Funding.

Scott+Scott managing partner David Scott said: “This is an important judgment for class members, but also for the UK collective actions regime as a whole.

Woodsford is also funding Justin Gutmann’s collective action over boundary train fares. Its chief executive, Steven Friel, said: “My only regret is that big corporate defendants, even after they have been found to have acted unlawfully, continue to use their significant legal and financial resource to fight technical arguments, with the goal of delaying compensation payments to consumers.

“The cartelists in this [car shipping] case should not have objected to certification of this class action. Now that the court has thrown out their futile objections, they should settle the case and allow UK consumers to receive the compensation they are owed.”

Fieldfisher X is based in Berlin and led by new legal technology and operations partner Jan Wildhirth, with a team of legal tech, data science, operations and litigation experts.

See blog: You win some, you lose some – Group actions post-Google.