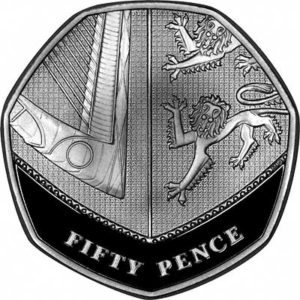 Two law firms have found themselves ‘named and shamed’ in the government’s latest list of businesses that failed to pay workers the national minimum wage – although for one of them it amounted to an underpayment of 50p a week.

Bolton-based general practice Adamsons Law was named for failing to pay £3,161.67 to one worker, with Amanda Cunliffe Solicitors, a personal injury practice in Macclesfield, did not pay £248.39 to five workers.

A spokeswoman for Amanda Cunliffe Solicitors said: “As a firm, we absolutely respect and deliver minimum wage requirements. There was an unfortunate occurrence a number of years ago where minimum wage was not paid as a result of a miscalculation.

“HMRC worked the underpayment based on an hourly rate divided by 52.1429 weeks per year as opposed to 52 weeks. Over 100 staff are employed by our firm and we owed less than £50 each to five workers accrued over a two year period.

“We addressed and rectified the situation with each of these workers immediately. We fully support the need for minimum wage legislation to protect workers. We have adjusted our systems internally to ensure that a discrepancy like this never happens again.”

Adamsons – which offers employment law advice – has not responded to requests for comment.

In all the list named 360 businesses that underpaid 15,520 workers a total of £995,233, with employers in the hairdressing, hospitality and retail sectors the most prolific offenders. HMRC also issued penalties worth around £800,000.

For the first time, the naming list includes employers who failed to pay eligible workers at least the new National Living Wage rate, which is currently £7.20 for workers aged 25 and over.

Since the naming and shaming scheme was introduced by the Department for Business, Energy and Industrial Strategy in October 2013, more than 1,000 employers have been named, with arrears totalling more than £4.5m. More than £2m in fines have been issued to national minimum and living wage offenders.

Business minister Margot James said: “Every worker in the UK is entitled to at least the national minimum or living wage and this government will ensure they get it.

“That is why we have named and shamed more than 350 employers who failed to pay the legal minimum, sending the clear message to employers that minimum wage abuses will not go unpunished.

“Excuses for underpaying workers included using tips to top up pay, docking workers’ wages to pay for their Christmas party and making staff pay for their own uniforms out of their salary.”