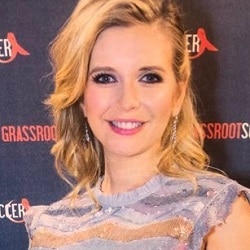 TV personalities Rachel Riley and Tracy-Ann Oberman have withdrawn their defamation claim against a London barrister who retweeted an article about them.

Jane Heybroek, a specialist immigration barrister practising from Goldsmith Chambers, was being sued for the contents of the article, rather than anything she said.

In May, the High Court ruled that comments made in the article were defamatory.

The Countdown presenter and actress were the subjects of the article, by blogger Shaun Lawson and published on Medium.com, headlined: “Beneath Contempt: How Tracy Ann Oberman and Rachel Riley harassed, dogpiled and slandered a 16-year-old child and her father.”

It concerned their alleged behaviour towards a teenage Labour supporter on Twitter.

Ms Heybroek announced yesterday that the claim had been withdrawn, with Ms Riley and Ms Oberman agreeing to make contributions towards her legal costs.

In a statement, the barrister said the article was re-tweeted or shared by hundreds of people. While some were threatened with legal action, she said she was the only person who was sued – although the claimant’s solicitor told Legal Futures that this was not the case.

She continued: “This was despite the fact that I had deleted my re-tweet before I had even received letters of claim. I did not even know how long my re-tweet had been live for. Neither, it seems, did Ms Riley or Ms Oberman.

“There was no evidence, that I am aware of, to suggest that anyone had read the blog article as a result of clicking the link in my re-tweet. There were also various other ways in which the claim against me could have been (and would have been, had it proceeded) defended.”

The claimants’ solicitor, Mark Lewis, a partner at London law firm Patron Law, said several other similar cases had already settled with payouts and another was proceeding to a hearing later this year.

He said: “Tracy Ann Oberman and Rachel Riley chose not to proceed further after the judge had determined that the opinion expressed was capable of being defamatory, in circumstances where Jane Heybroek claimed that she had promptly deleted her tweet.

“There are bigger fish to fry, in the pursuit of those who choose to maintain a serious libel.”

Ms Heybroek stressed that the claims did not involve any claims of antisemitism – against which Ms Riley and Ms Oberman have taken a vocal stance – and that “I abhor all forms of racism”.

“Unfortunately, as a result of the litigation, I was subject of a number of nasty comments from a small minority of people who simply presumed to know what the case was about and what the outcome would be. They were wrong on both counts.”

Ms Heybroek said that – notwithstanding being a barrister – it had been “a long, and at times exhausting experience, and I would not wish anyone to find themselves on the receiving end of legal action”.

She noted too that the claimants were represented under a conditional fee agreement backed by after-the-event insurance, meaning “there was almost no risk to them in bringing the claim”.

She spent £30,000 herself defending the claims and then raised £45,000 through crowdfunding website CrowdJustice.

Ms Riley and Ms Oberman are suing another barrister over his involvement with a controversial Twitter account that harassed activists campaigning against antisemitism in the Labour Party.

Earlier this month, the High Court ordered Daniel Bennett to hand over details of who else had access to the @arrytuttle account.