Turnover down at NAHL as PI work struggles to recover 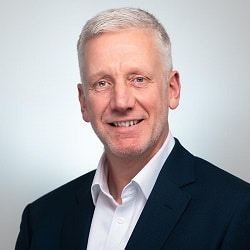 Personal injury (PI) inquiries are still little over half of expected volumes, according to listed legal business NAHL, which has seen revenues drop by 21% in the first six months of the year.

NAHL also announced that it had renegotiated the ‘headroom’ it has with its lender.

The group owns National Accident Helpline and PI alternative business structure (ABS) National Accident Law, and is a partner in joint venture ABSs: Your Law, with NewLaw Solicitors in Cardiff, and Law Together, with Manchester firm Horwich Cohen Coghlan.

In a trading update for the first half of 2020, during which time it told investors the group “has responded well to the challenges arising from the pandemic”, revenue for the period is expected to be £20.4m, down from £25.8m last year, with underlying earnings in the range £1-£1.2m, compared to £3.4m in 2019.

It said merging the PI and conveyancing businesses into a new consumer legal services division, along with other actions taken to reduce costs, such as furloughing, will save over £1m in 2020.

“Personal Injury enquiry volumes are gradually recovering albeit they are currently at 50-60% of prior year levels.” This has not changed significantly since the group’s last trading update in June.

But NAHL said the number of conveyancing instructions, which came to a standstill during April and May, recovered quickly during June as the volumes in the UK housing market returned to pre Covid-19 levels.

“Whilst the government’s changes to stamp duty are welcome, the long-term outlook for this sector remains uncertain.”

The reduction in PI and clinical negligence claims also led to a slowdown in new enquiries to NAHL’s rehabilitation division.

The group has managed to reduce its net debt to £18.6m, “better than management’s expectations”, providing it with £6.4m of liquidity in its £25m revolving credit facility.

Earlier this year, NHAL warned that it may breach its banking covenants with its lender, Yorkshire Bank. In the event this did not happen, but new covenants are now in place “that provide reasonable levels of headroom”.

Yorkshire Bank has also agreed to extend the facility term for a further 12 months, through to the end of 2022.

Chief executive Russell Atkinson said: “Whilst it remains to be seen whether there will be further waves of Covid-19 in the UK that may have an impact on our business, I am pleased with the resilience that the group has demonstrated in the first months of the pandemic and that the discussions with our bank, including the extension of the facility to December 2022, have concluded successfully.

Its shares crashed in February to 56p after it said uncertainty in the PI market would significantly affect its performance in 2020, and went as low as 34p as the whole market dived in response to the pandemic.

The price closed up 4.4% yesterday at 40p following the trading update.