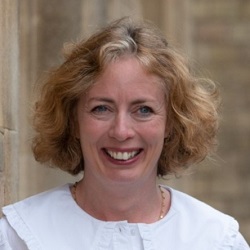 One of the first law firms to embrace employee ownership has said it is already seeing the benefits, with turnover up 27% in the first year and far greater levels of staff engagement.

Succession has also begun at Oxford-based Hedges Law, with owner Nicola Poole hiring a managing director and moving to the role of direction of culture and innovation.

Ms Poole has so far sold 10% of her shares to the employee ownership trust (EOT) since it was created in spring 2021, with a view to moving to majority ownership on a phased basis.

Managing director Lucy Morrison, a commercial solicitor and former head of Central Law Training, said: “The business will become majority employee-owned when it reaches key revenue and EBITDA targets. We have just had a record year, achieving 27% growth, and are budgeting for further growth this year.

“We are focused on investing in the talent and systems that will allow us to hit those targets and also drive long-term sustainable growth. We’d love to achieve that by the end of next year.”

The firm reported that engagement among Hedges’ 40-plus staff (known internally as Hedgeholders) has reached a high of 82%, with a 39% increase in staff levels of connection and confidence from a year ago.

Ms Poole said 87% of staff said they felt a positive and constructive bond with their team, “demonstrating that employee-ownership brings benefits not just to the firm, but to our people, culture and clients as they all feel a part of something special”.

Ms Morrison said the firm’s leadership had to invest time in encouraging this engagement and communication – after all, staff did not actually ask for employee ownership – and as part of this certain issues would be put to an employee vote.

So far this has been on employee benefits and choosing a charity of the year, but as the EOT’s stake grew, so would its influence. “We can’t manage by committee but the larger share employees have, the greater say they’ll have on the firm’s future direction.”

This may take the form of an employee council, with one member per team to discuss issues of interest with management, rather than just the EOT trustees.

In a difficult recruitment market for all law firms, Ms Morrison said employee ownership was attracting interest from candidates – indeed, she said, “part of what drew me to the business was its strong people values”.

All staff receive breakdowns of the firm’s revenue and costs. “People look at the numbers and ask questions, which is fantastic,” Ms Morrison explained. “It allows us to help people to look at how we can be more profitable.”

The employee profit share is distributed equally to all staff. “It’s a much fairer model than expecting people to work all hours for those extras on the BMW for the people at the top,” she observed.

Claire Cox, a Hedges solicitor and employee ownership trustee, added: “Being offered a share of the business has made me feel even more valued by the firm. We distinguish ourselves from other law firms by putting our focus on the importance of our ethos; by putting people first, our clients reap the benefits of happy, motivated staff.”

Ms Morrison said Hedges was holding an inaugural conference for employee owned law firms in September in a bid to build “a bit of a community”.