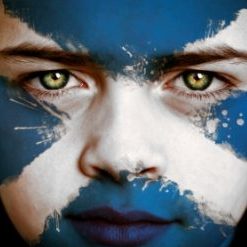 Scotland: Client could not get around need to use local solicitors

The Court of Appeal has refused to hear an appeal from the Upper Tribunal Tribunal in Glasgow which would have allowed the appellant to keep using his English solicitor.

Lord Justice Dingemans said Asif Khurshid’s solicitors, London firm Marks & Marks, were told by the Court of Session that Scottish solicitors would have to be instructed on any appeal.

Dingemans LJ said that Mr Khurshid’s “trust and confidence” in his English solicitors did not justify ignoring existing routes of appeal and he could apply to the Court of Session for permission to appeal either by using Scottish solicitors or acting in person.

The Court of Appeal heard that Asif Khurshid had been represented by Marks & Marks since 2015 and was living in England when the Home Office revoked his residence documentation in November 2019.

Mr Khurshid then moved to Scotland, where he appealed unsuccessfully to the First-tier Tribunal and then to the Upper Tribunal (Immigration and Asylum Chamber) in Glasgow.

Refusing to grant permission to appeal, Upper Tribunal Judge Macleman said that, in any case, the appropriate court for the appeal was the Court of Session, not the Court of Appeal.

The appellant applied, through Marks & Marks, to the Inner House of the Court of Session in August this year.

The Court of Session replied by email stating: “As previously advised you must have a right of audience should you wish to appeal to the Court of Session. As you do not you must therefore instruct Scottish solicitors to lodge on your behalf.”

Dingemans LJ said: “It is apparent that there must have been a pre-existing telephone conversation between Marks & Marks and the Court Office at the Court of Session.

“The appellant did not instruct Scottish solicitors to file the appeal on his behalf, nor did he seek to act in person.

“Instead, on the same day (2 August 2021), the appellant by his legal representatives Marks & Marks Solicitors filed an appellant’s notice seeking permission to appeal from the Court of Appeal of England and Wales and an extension of time.”

Delivering judgment in Khurshid v Home Secretary [2021] EWCA Civ 1515, Dingemans LJ said that, under section 13 of the Tribunals, Courts and Enforcement Act 2007 it was for the Upper Tribunal to specify the appropriate court for the appeal, which it had done.

Counsel for Mr Khurshid argued that if the Court of Appeal did not have jurisdiction to hear the appeal, it should “reconstitute itself as a Divisional Court” and hear a judicial review of the Upper Tribunal’s decision.

Counsel for the Home Secretary responded by arguing that, although the Upper Tribunal’s decision might be challenged by judicial review, “there were no grounds in this case on which the decision could be challenged and the appellant had not sought to do so”.

He argued that Mr Khurshid’s proposed course of action would “undermine the routes of appeal set out in statute”.

Dingemans LJ said he accepted that “in certain limited circumstances” an application for judicial review of a decision refusing permission to appeal could be considered by the Court of Appeal.

However, in this case there were no “good reasons”, let alone the “exceptional circumstances” required to justify that course of action.

Mr Khurshid “may have trust and confidence in his current solicitors in England and Wales built up over many years, notwithstanding recent mistaken advice about the jurisdiction of the Court of Appeal in England and Wales” but that did not “justify ignoring the routes of appeal set out in the 2007 Act”.